WORLD US to withhold funds from Afghanistan, says Pompeo

US to withhold funds from Afghanistan, says Pompeo 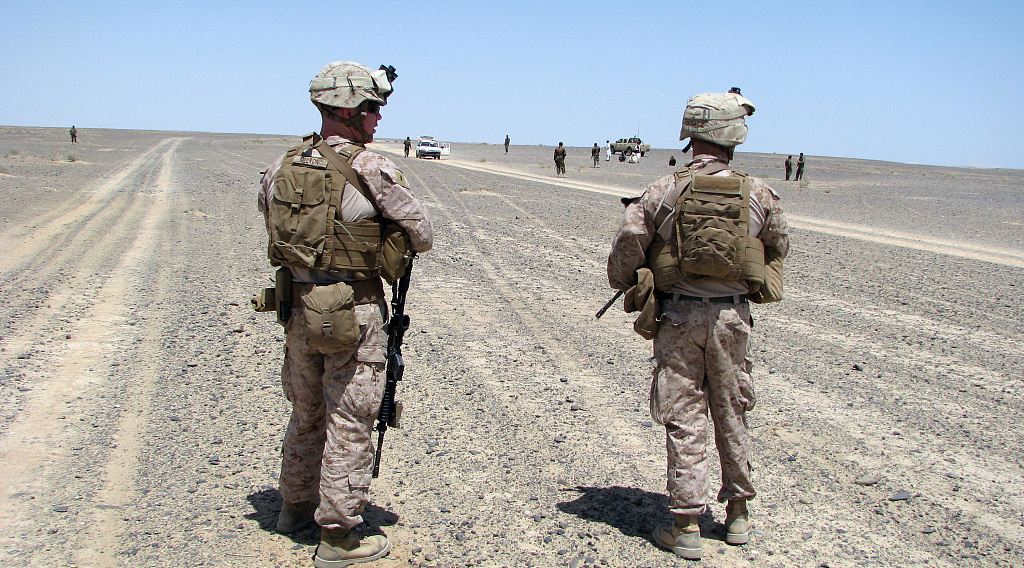 US Marines hang back and observe as Afghan National Army soldiers question the occupants of a car stopped at a checkpoint just outside Camp Dwyer in southern Helmand Province in Afghanistan in a 2013 file image. (File photo: VCG)

The U.S. government is returning about 100 million dollars to the Treasury that was intended for a large energy infrastructure project in the war-torn country, said Pompeo in a statement released by the State Department.

Meanwhile, Washington will be withholding another 60 million dollars in planned assistance to Afghanistan, the statement added.

Pompeo claimed that the suspension of the funds are due to "identified Afghan Government corruption and financial mismanagement."

The top U.S. diplomat also said that the United States will use an "off-budget" mechanism to complete the infrastructure project.

Washington's decision came days after President Donald Trump claimed that talks with the Taliban for a peace deal in Afghanistan were "dead."