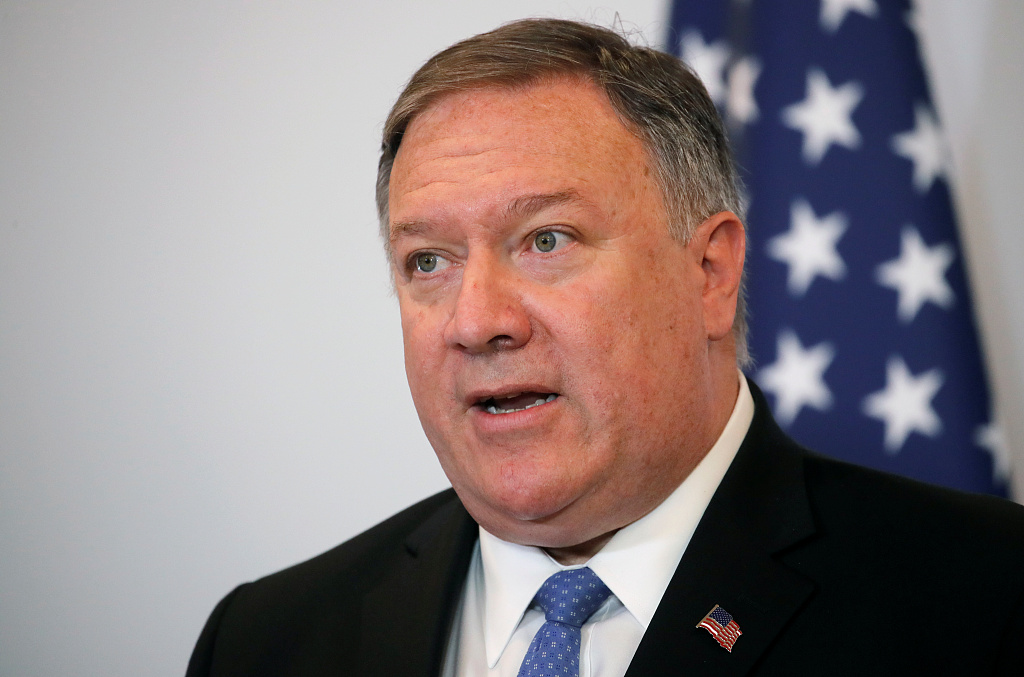 Media in London and Washington reported that the US politician also criticized the "abject failure of leadership" engulfing the governing Conservative Party as it seeks a successor to Prime Minister Theresa May.

Pompeo's remarks were made in a closed door meeting with American Jewish leaders and emerged when a tape of the proceedings was leaked to the Washington Post, the Daily Telegraph in London has reported.

According to the reports, Pompeo pledged not to wait for Britain's Labour leader Jeremy Corbyn to become prime minister to "push back" against any action his administration might take against British Jews.

The plight of Jewish people in Britain has been gaining considerable publicity in US media.

At the meeting, Pompeo was asked if he would be willing to act "if life becomes very difficult for Jews in the UK?"

The secretary of state is reported to have replied: "It could be that Mr. Corbyn manages to run the gauntlet and get elected. It's possible. You should know, we won't wait for him to do those things to begin to push back. We will do our level best. It's too risky and too important and too hard once it's already happened."

Corbyn boycotted last week's state banquet hosted by Queen Elizabeth in honor of US President Donald Trump. This prompted Trump to make a number of negative comments about Corbyn. The US president refused to meet Corbyn during his visit to London, describing the Labour leader as a "negative force."

A spokesman at the Labour Party's headquarters in London denied accusations of anti-Semitism and condemned Trump and his senior officials for becoming embroiled in British domestic politics.

The spokesman said: "Labour is fully committed to the support, defense and celebration of the Jewish community and is implacably opposed to anti-Semitism in any form. The next Labour government poses no threat of any kind whatsoever to Jewish people."

The spokesman said: "President Trump and his officials' attempts to decide who will be Britain's next prime minister are an entirely unacceptable interference in the UK's democracy."