US top diplomat arrives in France on touchy 7-nation tour

U.S. Secretary of State Mike Pompeo arrived in Paris on Saturday at the start of a seven-country tour of Europe and the Middle East, a trip that is certain to be awkward since all the nations on his schedule have congratulated Joe Biden for his victory in the U.S. presidential race. 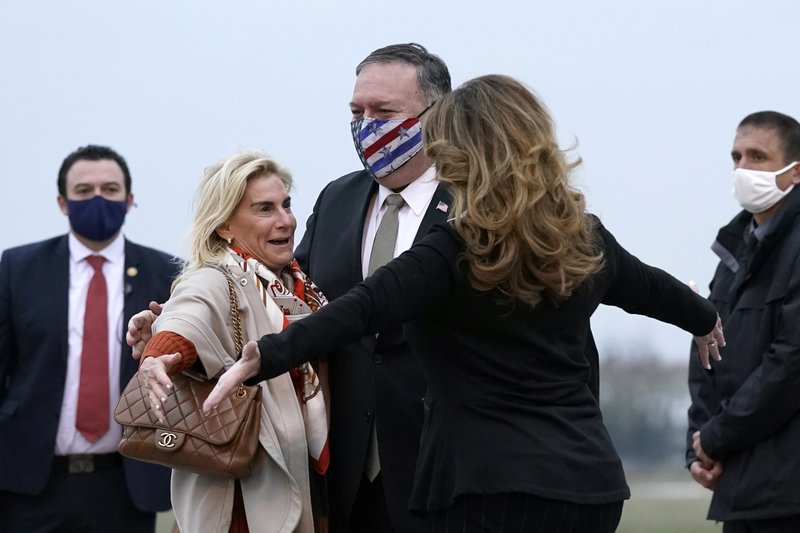 The trip is aimed at shoring up the priorities of the outgoing administration of President Donald Trump. It will include visits to Israeli settlements in the West Bank that have been avoided by previous secretaries of state.

The United States’ top diplomat — as well as its president and much of his Republican Party — have not accepted the results of the American election, and the unusual circumstances will likely overshadow the issues.

French Foreign Minister Jean-Yves Le Drian noted on Friday the “difficult subjects” on the table, from the situation in Iraq and Iran, terrorism, the Middle East and China.

”For the moment, my counterpart is Mike Pompeo, until Jan. 20…,” Le Drian said on BFMTV, referring to the date when Trump’s term ends. “He’s coming to Paris. I receive him.”

The French president, who spoke with Biden four days ago to offer congratulations, has had a tense relationship with Trump. Both leaders initially worked to woo each other with gestures of extravagance, such as Macron making Trump the guest of honor at a Bastille Day military parade. Trump later pulled out of the Paris global climate accord, a blow to Macron.

After France, Pompeo’s tour takes him to Turkey, Georgia, Israel, the United Arab Emirates, Qatar and Saudi Arabia. The leaders of all of those countries have offered public congratulations to Biden.

Beside France, Turkey, Georgia and Qatar have had fractious relationships with the Trump administration, and it was not clear whether Pompeo planned public engagements with their leaders — or whether he would take questions from the press, with whom he has had a frosty relationship.