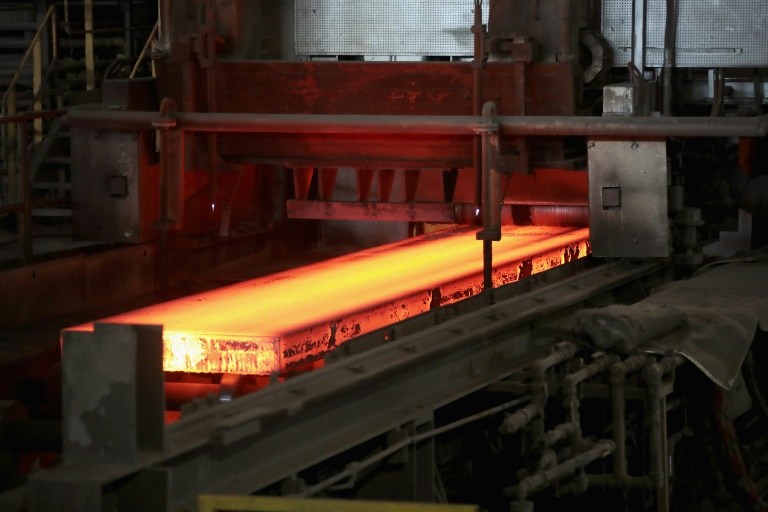 US tariffs could have a 'grave impact' on ties, warns Japan (Photo: AFP)

US-imposed trade tariffs on its close allies could have a "grave impact" on ties and the world trading system, the Japanese government said Monday, describing the situation as "extremely deplorable".

Washington found itself isolated at a weekend meeting of G7 finance ministers over its stinging steel and aluminium tariffs and Tokyo kept up the barrage in unusually strong language.

"It is extremely deplorable that the situation has not improved even after Japan has explained to the US its concerns at various levels," said government spokesman Yoshihide Suga.

Close allies Tokyo and Washington have been at loggerheads over trade policy after the US refused to give Japan an exemption from the tariffs, which came into effect on Friday.

"The US government's trade measures, citing its security, makes us concerned that they could disrupt the global market," Suga told reporters.

"On top of that, we think that it may have a grave impact on the economic cooperation between the allies Japan and the United States and on the whole multilateral trading system under the WTO (World Trade Organization) rules."

The trade row has cast a shadow over the relationship between Prime Minister Shinzo Abe and US President Donald Trump, who have forged otherwise close ties.

Last month, Tokyo informed the WTO it had the right to impose tariffs worth 50 billion yen ($456 million) on American goods -- equivalent to the impact of the US tariffs newly imposed on Japanese steel and aluminium products.

According to the most recent data, Japan's trade surplus with the US was 615.7 billion yen in April ($5.6 billion), a gain of 4.7 percent on higher demand for cars and construction machinery.