WASHINGTON, May 20 (Xinhua) -- US Treasury Department said Thursday it proposed that the global minimum tax rate should be at least 15 percent, noting that the final rate could go even higher. 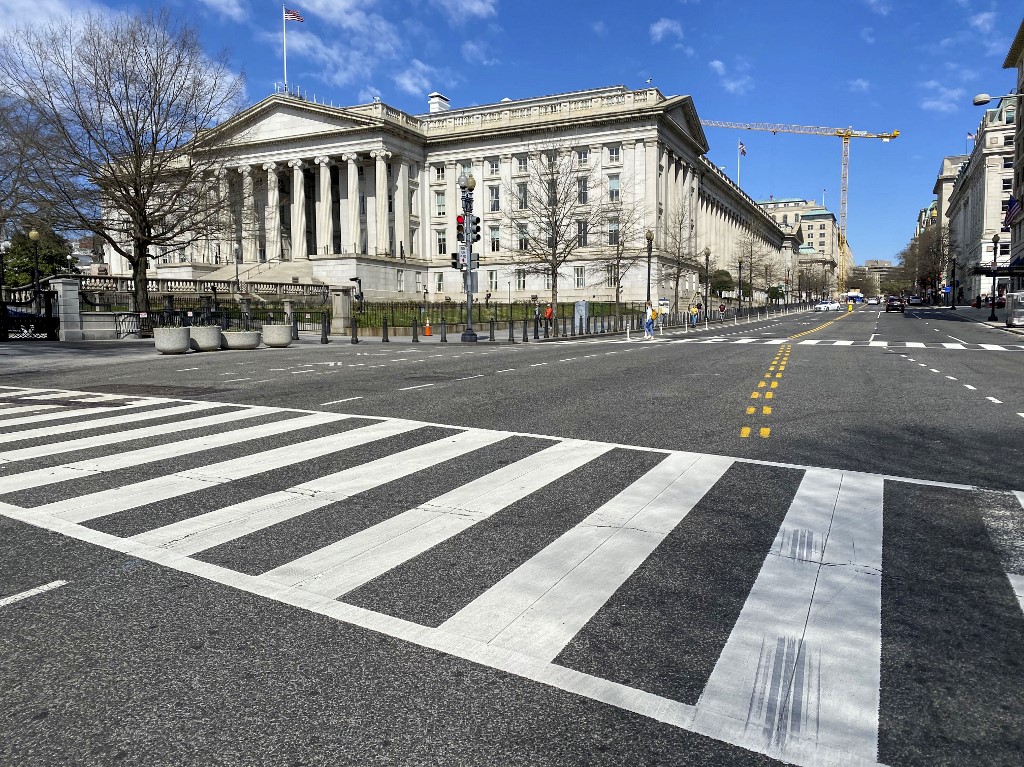 This photo taken on March 13, 2020, the US Treasury Department building is seen next to an almost empty 15th Street at noon in Washington DC. (File photo: AFP)

In a statement, the department said over the last two days, department officials participated in meetings with the Steering Group of the Inclusive Framework on base erosion and profit shifting, as part of the Organization for Economic Cooperation and Development (OECD)/G20 international tax negotiations.

The negotiations came less than two months after US President Joe Biden proposed a series of corporate tax changes that could raise roughly 2 trillion US dollars over 15 years to pay for infrastructure investments in eight years.

The Biden proposal would increase the US corporate income tax rate to 28 percent, up from the current 21 percent, attempting to partially reverse the tax cuts under the Donald Trump administration.

It would also raise the global minimum tax on US multinational corporations from 10.5 percent to 21 percent, in a bid to discourage offshoring and create incentives for investment in the United States.

In the statement, the Treasury Department underscored that 15 percent is a "floor" and that discussions should continue to be "ambitious" and push that rate higher.

"Treasury reiterated that with the global corporate minimum tax functionally set at zero today, there has been a race to the bottom on corporate taxes, undermining the United States' and other countries' ability to raise the revenue needed to make critical investments," the department said.

"Treasury made clear that a global corporate minimum tax rate would ensure the global economy thrives based on a more level playing field in the taxation of multinational corporations, and would spur innovation, growth, and prosperity while improving fairness for middle class and working people," it added.