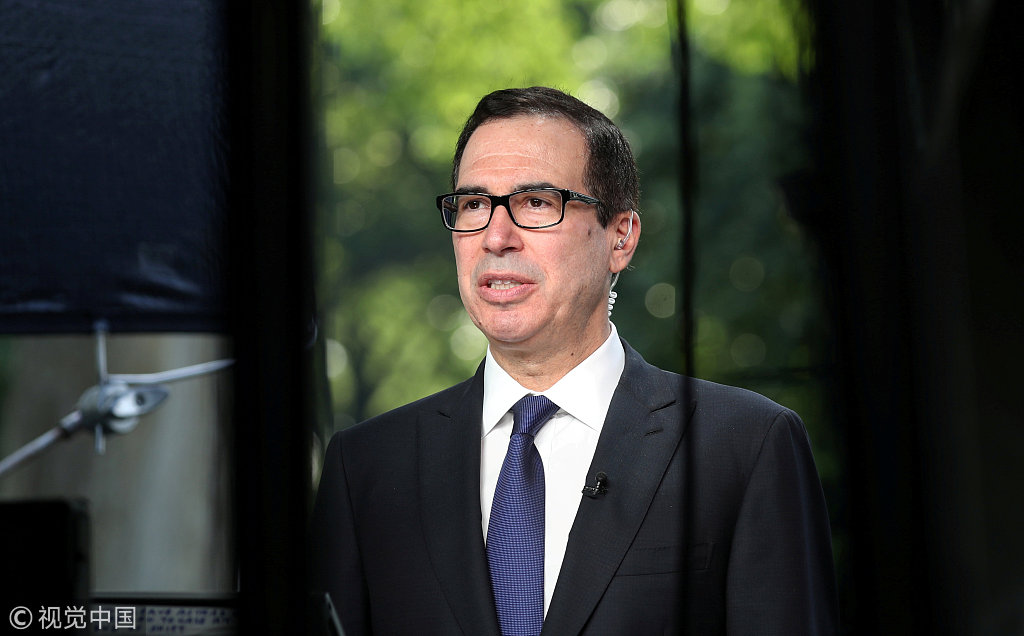 US Treasury Secretary Steve Mnuchin speaks during a TV interview at the White House in Washington, US, May 21, 2018. [Photo/VCG]

WASHINGTON - The Office of Foreign Assets Control of the US Department of the Treasury sanctioned five Iranian individuals on Tuesday on charges that they provided ballistic missile-related technical expertise to Yemen's Houthis.

These people were also blamed for having transferred weapons not seen in Yemen prior to the current conflict, on behalf of the Islamic Revolutionary Guard Corps-Qods Force (IRGC-QF), according to a statement of the Treasury.

The Houthis launched missiles at Saudi Arabia's capital Riyadh as recently as May 9th, while previous targets included Saudi Arabia's King Khalid International Airport and a US Navy ship.

"The United States will not tolerate Iranian support for Houthi rebels who are attacking our close partner, Saudi Arabia. All countries in the region should be on guard to prevent Iran from sending its personnel, weapons, and funds in support of its proxies in Yemen," Treasury Secretary Steven Mnuchin said in a statement.

Tuesday's sanction followed US punishment of Iran for alleged "abuse" of the international financial systems.

As a result of the actions, all property and property interests of those designated subject to US jurisdiction would be blocked, and US persons are generally prohibited from engaging in transactions with them.

In addition, foreign financial institutions that "knowingly" facilitate significant transactions for, or persons that provide material or certain other support to, the individuals and entities designated would risk exposure to sanctions that could sever their access to the US financial system or block their property and property interests under US jurisdiction.

Since US President Donald Trump announced his decision to exit the historic Iran nuke deal, the US treasury has launched several sanctions against Iran. Among the targeted was Valiollah Seif, governor of the Central Bank of Iran.

In a speech unveiling the Trump administration's new Iran strategy on Monday, US Secretary of State Mike Pompeo warned that Washington will inflict the strongest sanctions on Tehran to force the Islamic republic to change its course.