WASHINGTON, May 27 (Xinhua) -- US Treasury Secretary Janet Yellen said on Thursday that she expected to see high inflation rates through the end of the year as the US economy continues to recover from the pandemic. 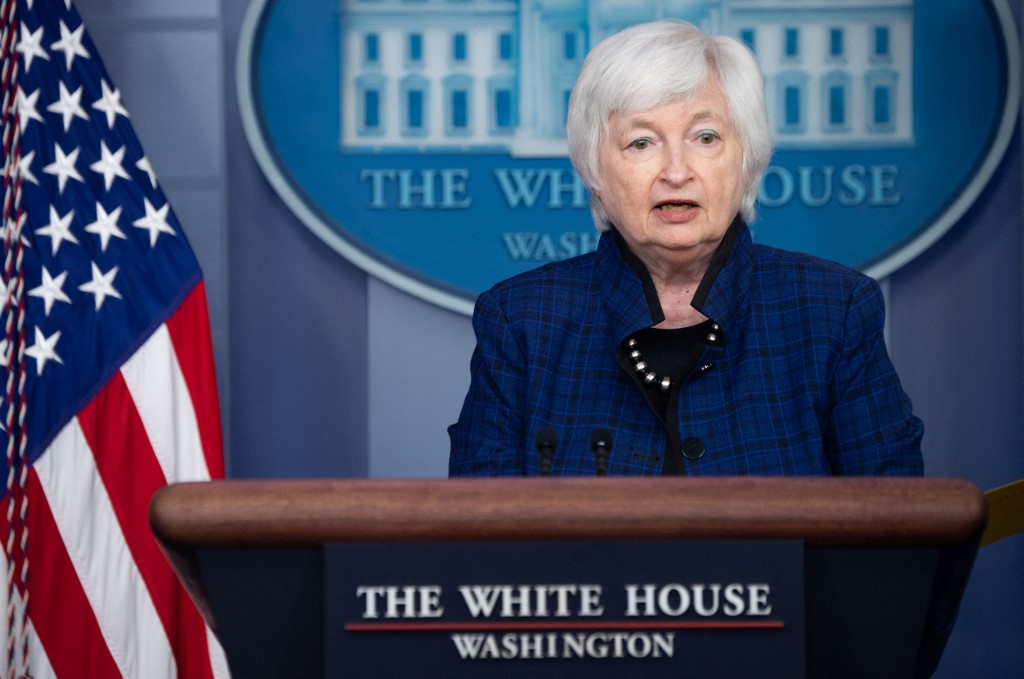 In this photo taken on May 7, 2021, US Treasury Secretary Janet Yellen speaks during the daily press briefing in the Brady Briefing Room of the White House in Washington, DC. (File photo: AFP)

"My judgment right now is that the recent inflation that we have seen will be temporary. It's not something that's endemic," Yellen said at a virtual hearing held by the House Appropriations Subcommittee on Financial Services and General Government.

"I expect it to last, however, for several more months and to see high annual rates of inflation through the end of this year," Yellen said, adding the Treasury and economists in the White House are monitoring inflation trends very carefully.

"I came of age and studied economics in the 1970s. And I remember what that terrible period was like, and no one wants to see that happen again," she said, noting policymakers have tools to address inflation risks.

Yellen's remarks came after the Labor Department recently reported that US consumer price index (CPI) in April rose 4.2 percent from a year ago, the largest 12-month increase since September 2008.

"The high inflation reading and the CPI that we saw last month partly reflects the fact that service prices ... as our economy is coming back, these prices, they're still below where they were pre-pandemic, but they're moving up," Yellen explained, adding there're also supply bottlenecks.

"I think as the economy gets back online, it's going to be a bumpy process, but I do believe we'll see some adjustments. I don't think this is endemic inflation," she said.

However, former US Treasury Secretary Larry Summers has repeatedly warned that the primary risk to the US economy is overheating and inflation.

"Inflationary pressures are mounting from the boost in demand created by the $2 trillion-plus in savings that Americans have accumulated during the pandemic; from large-scale Federal Reserve debt purchases, along with Fed forecasts of essentially zero interest rates into 2024; from roughly $3 trillion in fiscal stimulus passed by Congress," Summers wrote Monday in a Washington Post op-ed, noting the focus of US macroeconomic policy needs to change.

"Tightening is likely to be necessary, and it is critical to set the stage for that delicate process," Summers wrote.