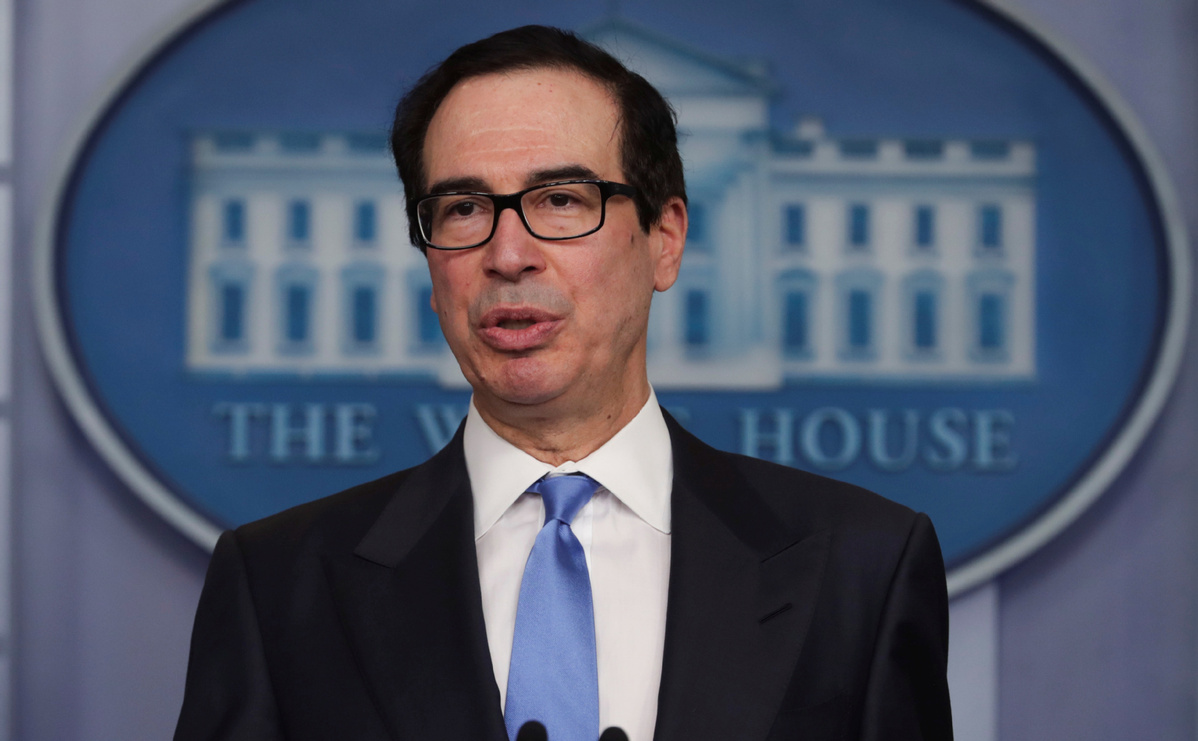 US Treasury Secretary Steven Mnuchin said Thursday that he is considering the creation of a government lending program for US oil companies to weather the COVID-19 pandemic.

"One of the components we're looking at is providing a lending facility for the industry," Mnuchin said in an interview with Bloomberg News, adding he's looking at a lot of different options and has not made any conclusions.

Mnuchin suggested that US oil companies may already be able to access a loan program the Federal Reserve (Fed) set up for "main street" businesses.

Mnuchin's remarks came after US President Donald Trump on Tuesday directed his treasury and energy secretaries to formulate a plan to provide funds for the oil and gas industries.

A group of 11 US senators on Tuesday also called on the Trump administration to make loans accessible to domestic energy producers to protect American jobs associated with the industry.

"We are alarmed at the acceleration of the economic crisis and its impact on the nation's energy security in the oil and gas sector," the senators wrote in a letter to Mnuchin and Fed Chairman Jerome Powell.

Over the next several weeks, "we face a real and present danger of seeing hundreds, if not thousands of oil producers shuttering, an event that will profoundly and negatively impact the industry, its financial partners and consumers for years to come," they warned.

The oil and gas industries have seen a historic sell-off amid the coronavirus pandemic. Almost 40 percent of US oil and natural gas producers face insolvency within the year if crude prices remain near 30 US dollars a barrel, according to a recent survey by the Federal Reserve Bank of Kansas City.

"Expectations for future activity also fell to their lowest level since late 2014, as most firms do not expect energy prices to return to profitable levels this year," said Chad Wilkerson, economist with the Federal Reserve Bank of Kansas City.

The West Texas Intermediate (WTI) for May delivery on Monday shed 55.9 US dollars, or over 305 percent, to settle at -37.63 dollars a barrel on the New York Mercantile Exchange (NYMEX), implying that producers would pay buyers to take oil off their hands.