WASHINGTON, Aug. 18 (Xinhua) -- U.S. Treasury Secretary Steven Mnuchin on Tuesday criticized Democratic leaders for refusing to discuss any "reasonable deal" for the next round of COVID-19 relief, according to a CNBC report. 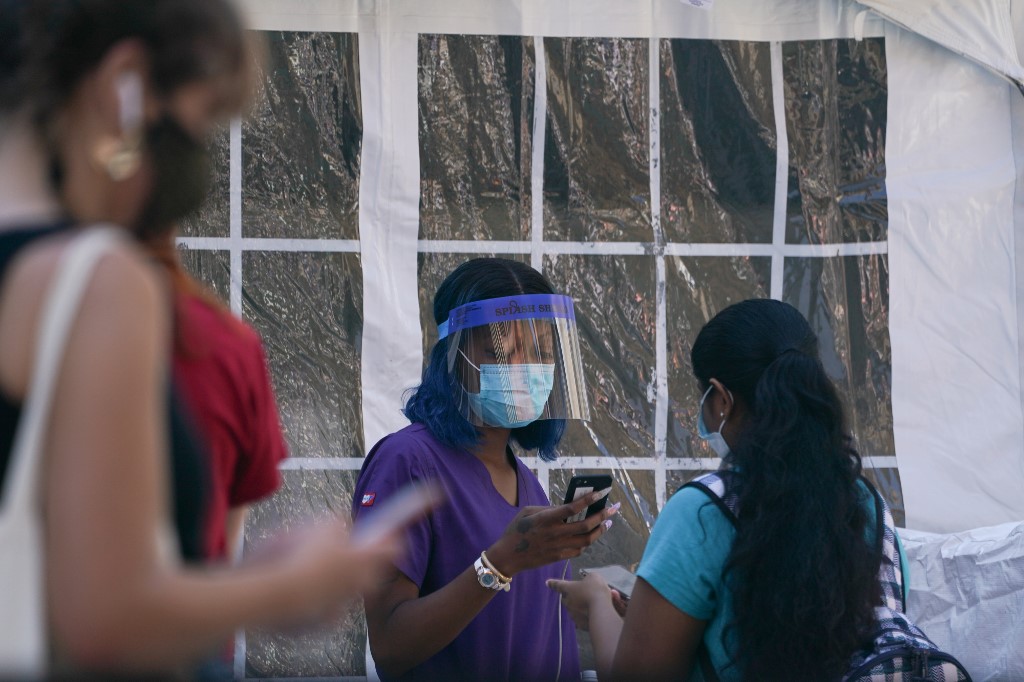 A medical worker speaks with a New York University student waiting in line to be tested for COVID-19 before school opens on August 18, 2020 in New York. (Photo: AFP)

Mnuchin said on "Squawk on the Street" that House Speaker Nancy Pelosi and Senate Minority Leader Chuck Schumer "aren't willing to sit down and strike a reasonable deal."

The treasury secretary noted that the good news is "despite Congress not acting," the president moved forward with the executive order to help people who are still unemployed.

Negotiations between Democratic leaders and White House officials collapsed earlier this month, with both sides blaming each other for making little progress on the much-needed relief package.

Last week, Pelosi and Schumer lashed out at the Trump administration for refusing to budge on their position on the size and scope of the next COVID-19 relief package, saying that "Democrats have compromised."

In a joint statement, the Democratic leaders reiterated that Democrats are willing to come down 1 trillion U.S. dollars if the Trump administration will come up 1 trillion dollars.

As negotiations stall, President Donald Trump signed a series of executive orders to extend certain COVID-19 economic relief, but they are unlikely to provide a meaningful boost to the overall economy.