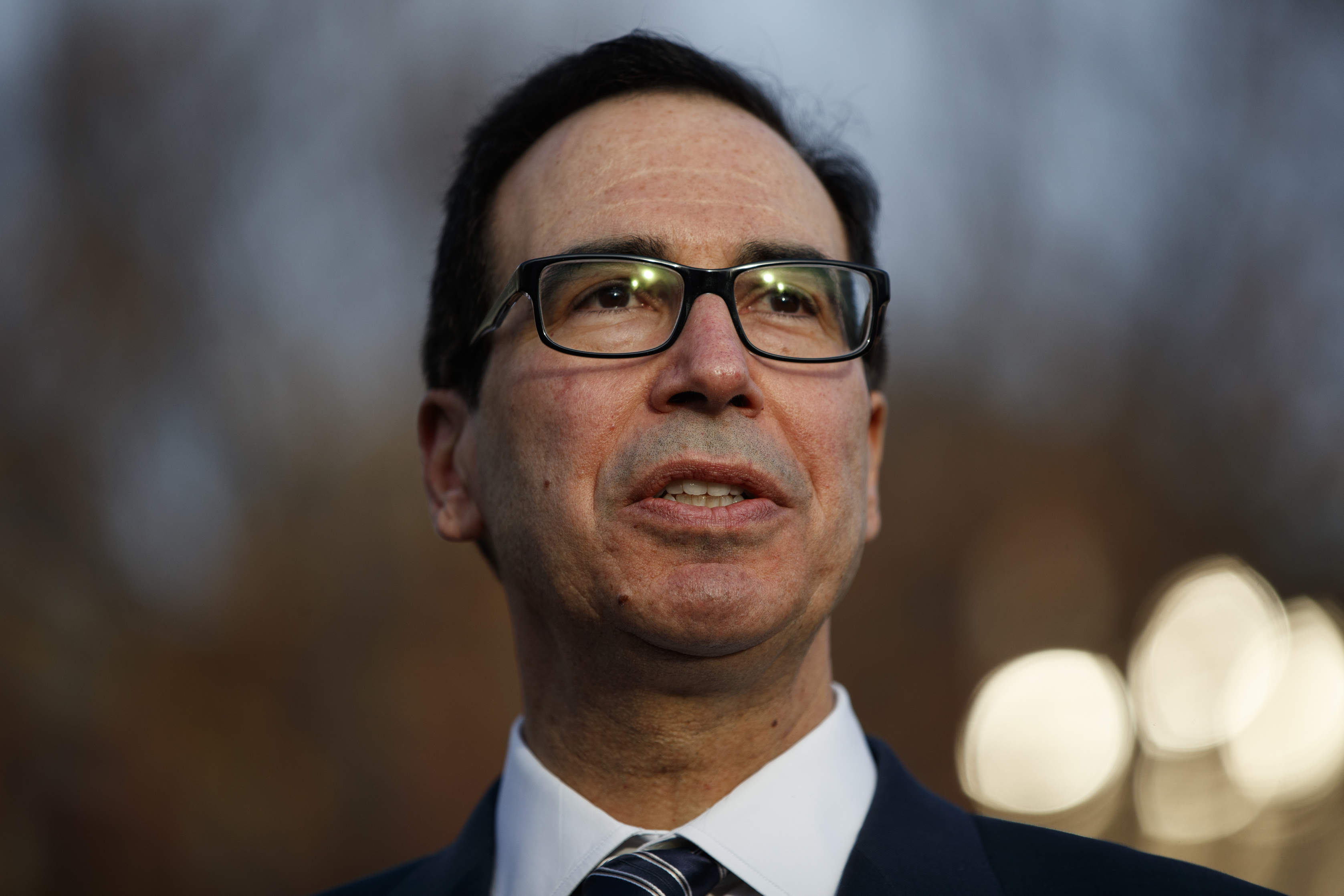 In this Dec. 3, 2018, file photo, Treasury Secretary Steven Mnuchin talks with reporters at the White House, in Washington. (AP)

Trump has been attacking the Fed — and Powell personally — for the central bank's interest rate increases. Trump blames the independent agency's hikes for recent stock market turmoil and signs of economic weakness.

But Mnuchin pushed back Saturday in a pair of tweets.

Mnuchin says he spoke with Trump and Trump said that, while he "totally" disagrees with Fed policy, he "never suggested" firing Powell and doesn't believe he has the right to do so.

No Fed chairman has ever been removed by a president.