WORLD US troop level in Syria stable despite announced withdrawal

US troop level in Syria stable despite announced withdrawal 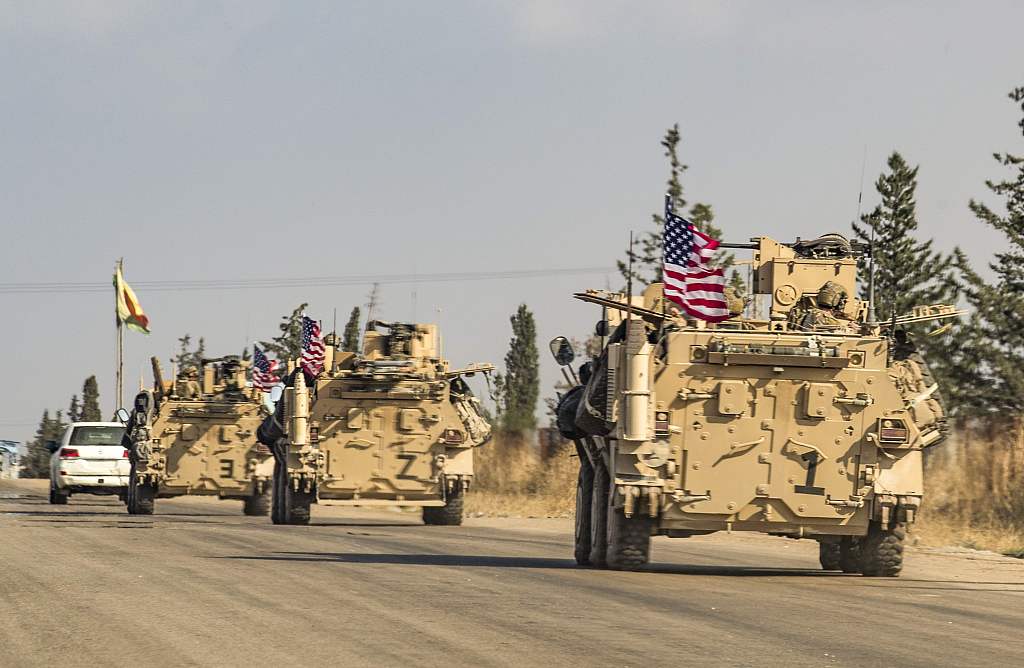 A convoy of US troops is pictured in the Kurdish-majority city of Qamishli, in Syria's northeastern Hasakeh province on November 2, 2019. (Photo: VCG)

The number of US troops in Syria remains roughly stable at just under 1,000 three weeks after President Donald Trump announced their withdrawal, a US official said Monday.

The withdrawal of American troops from Syria's northern border opened the way for Turkey's military incursion against Kurdish forces in the country.

Trump's decision to protect oil fields in the eastern province of Deir Ezzor led the Pentagon to send reinforcements to that area while US troops move away from areas close to the Syrian border with Turkey, the US official said on condition of anonymity.

Reinforcements have started to arrive in Deir Ezzor, while some troops have been sent to the north to help secure the withdrawal from that area and others have moved from Syria to northern Iraq.

But overall, the number of American troops in Syria is similar to that before the announcement of the withdrawal in mid-October.

"We remain below 1,000 and the withdrawal continues," the official said.

The withdrawal has not been entirely free of hitches, with Turkish artillery shells falling close to a US patrol Sunday near the "safe zone" that Turkey has set up in northern Syria near the border.

The US official said the shells did not target the Americans.

The legality of the US operation to guard the oil fields remains a subject of debate even within the Pentagon.

In private, some officials express doubt about the possibility of denying the Syrian government access to the fields if Kurdish fighters, who now control the area with the Americans, reach a deal with President Bashar al-Assad to share the profits from the oil.

Asked Friday about the US mission to protect Syria's oil fields, Defense Secretary Mark Esper said the goal was to deny access to them to the Islamic State group "and other actors in the region."

He did not specify what actors they were. No one at the Pentagon would say Monday if the Syrian regime and Russia were among these actors.