WORLD US troops start pullout from along Turkey's border in Syria

US troops start pullout from along Turkey's border in Syria 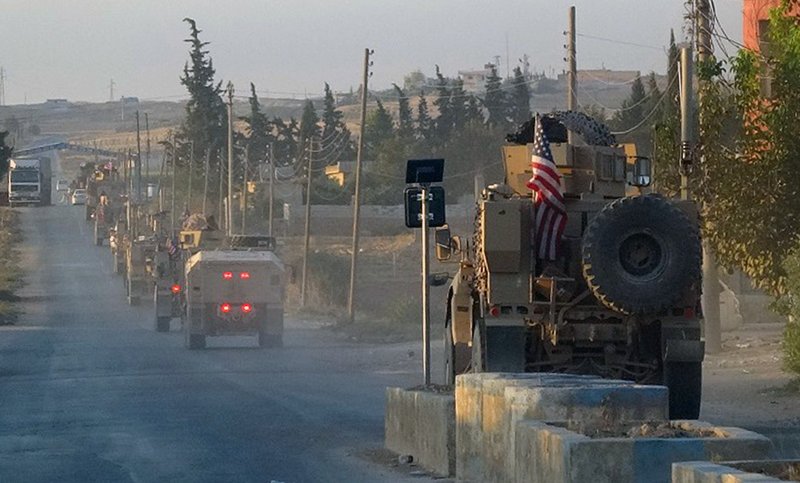 DAMASCUS, Oct. 7 (Xinhua) -- The United States on Monday pulled out forces from observation points in northeastern Syria along the borderline with Turkey amid threats by Ankara to launch a military campaign against the U.S.-backed Kurdish forces, a war monitor reported.

The US withdrew forces from observation posts at Tel Abyad and Ras al-Ain in northeast Syria and withdrawal comes at a time the Turkish government has been threatening a military campaign against Kurdish militias in northern Syria, according to the Syrian Observatory for Human Rights.

In August, the U.S. and Turkey agreed to have joint patrols into designated Kurdish areas near the Turkish border as a prelude to imposing a safe zone.

In his speech on Saturday, Erdogan said the deal with the U.S. to secure the border with Turkey was faltering.

Meanwhile, the Kurdish-led Syrian Democratic Forces (SDF) said in a statement Monday that the U.S. didn't live up to its pledges to defuse the tension with Turkey despite the "flexibility" the Kurdish militia has shown regarding the U.S.-Turkish understanding to create a safe zone in northern Syria.

The SDF said that the Turkish campaign will undermine the SDF war on terrorist groups such as the Islamic State (IS) and will endanger the security and safety established in Kurdish-controlled areas in northeastern Syria.

On the ground, the Turkey-backed Syrian rebels started crossing from Syria into the Turkish territories to be transported to areas opposite to the Kurdish-controlled parts in northeastern Syria as part of the preparations for the Turkish campaign.

Turkey sees the Kurdish People's Protection Units (YPG) and its allied Syrian Democratic Forces (SDF) as separatists and terrorists, citing their links with the Kurdistan Workers' Party (PKK), which is listed as a terrorist organization by Turkey, the United States, and the European Union.

The Kurdish militia forces have been controlling areas in northern Syria since the early years of the crisis in Syria, in order to force Damascus to recognize a federal rule or autonomy for the Kurds in northern Syria.

However, Syrian government officials repeatedly said that Kurdish federalization in Syria or self-rule is out of the question.