WORLD US, Turkey agree to cease-fire in northern Syria

US, Turkey agree to cease-fire in northern Syria 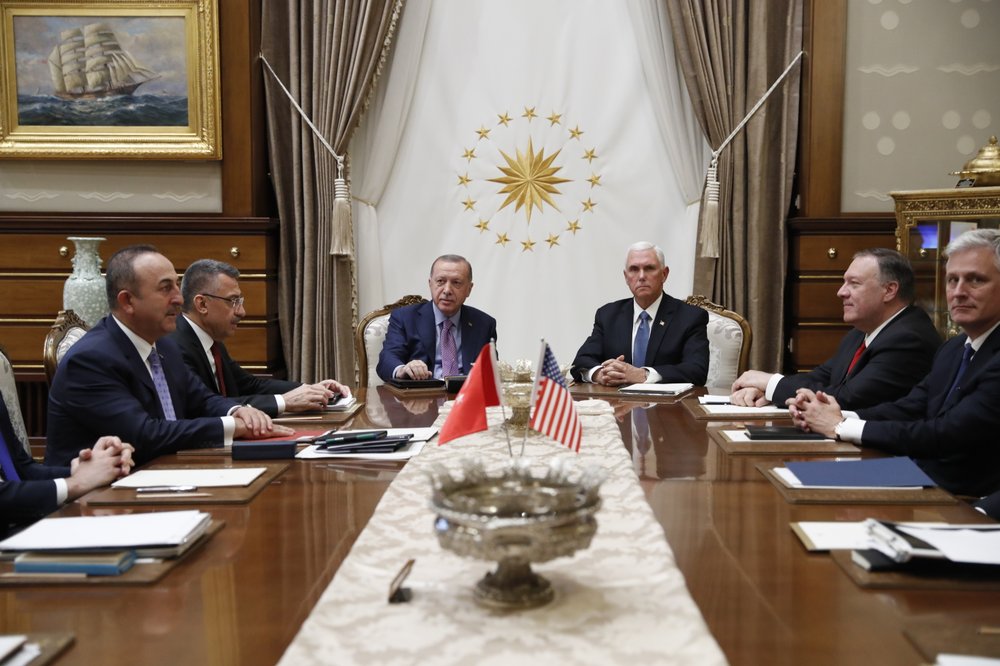 ANKARA, Oct. 17 (Xinhua) -- The United States and Turkey have agreed on a cease-fire in northern Syria, US Vice President Mike Pence said on Thursday in the Turkish capital Ankara.

The truce will last five days for the Kurdish militia to retreat and the United States will lift its sanctions against Ankara once the cease-fire is in place, Pence said at a press conference following a meeting with Turkish President Recep Tayyip Erdogan.

Turkey launched the cross-border military operation against the Kurdish militia in northern Syria on Oct. 9, with a view to securing its border and facilitating the return of the Syrian refugees being sheltered on Turkish land.