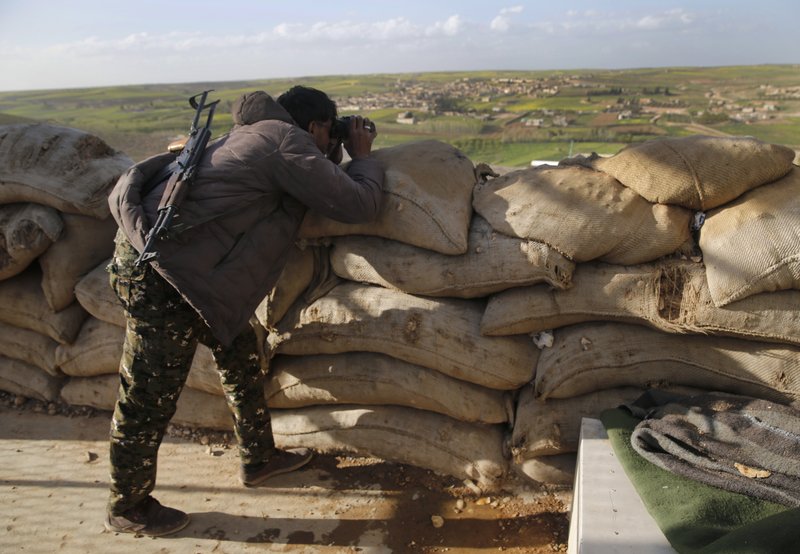 Turkish and US troops on Thursday began jointly patrolling areas around the northern Syrian town of Manbij, part of a roadmap for easing tensions between the two NATO allies, Turkey’s defense minister announced.

Responding to questions by legislators in Parliament, Hulusi Akar said the patrols began at 3:53 p.m. (1253 GMT) but did not provide further details.

Sharfan Darwish, spokesman of the Manbij Military Council, told The Associated Press earlier that the patrols have started and are taking place on the front lines between his group and those of Turkey-backed rebels in the operation called Euphrates Shield.

Ankara and Washington agreed on a roadmap in June amid Turkish demands for the withdrawal of the US-backed Kurdish militia that freed Manbij from the Islamic State group in 2016.

The Manbij Military Council that administers the town says the Kurdish militia, the People’s Protection Units, or YPG, which Turkey views as a terrorist group, left Manbij in July.

“The aim of these patrols is to reduce tension and guarantee stability so that there will be no tension along the front line,” Darwish said by telephone from northern Syria.

Turkey considers the YPG a terrorist group because of its links to the Kurdish insurgency in southeastern Turkey. It had threatened to storm Manbij to oust the group from the region.

The Britain-based Syrian Observatory for Human Rights, a war monitor, also said the patrols would follow days of Turkish shelling of positions of the main Kurdish militia.

Turkey’s state-run Anadolu Agency quoted Akar as saying that despite promises that the YPG and other Kurdish militias “will be removed from Manbij, the terror organizations are digging trenches there like they did in Afrin.” He was referring to a Kurdish enclave taken earlier this year by Turkish troops and Turkey-backed Syrian opposition fighters.

“The terror organization should know that they will be buried in the trenches when the time and place comes,” Akar said.

Last week, Army Gen. Joseph Votel, head of US Central Command, told reporters traveling with him in the Middle East that the soldiers’ training is expected to last “several more days,” and then will transition to combined patrols.