US, Turkey lift sanctions imposed in case of detained pastor 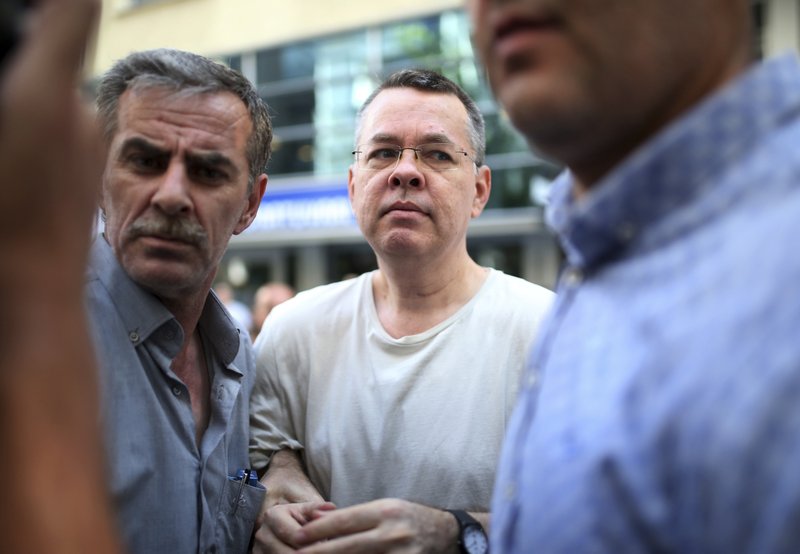 Turkey and the US on Friday lifted sanctions on senior government officials that had been imposed during the diplomatic standoff over the arrest of American pastor Andrew Brunson, officially ending a case that had strained relations between the two NATO members.

The Treasury Department said it was lifting the sanctions on Turkish Minister of Justice Abdulhamit Gul and Minister of Interior Suleyman Soylu, while Turkey removed its retaliatory measures against Attorney General Jeff Sessions and Homeland Security Secretary Kirstjen Nielsen.

The moves follow the release last month of Brunson, who spent two years in prison and faced the possibility of a life sentence on terrorism charges that he called “ridiculous.”

Brunson had lived in Turkey as a missionary for more than two decades when he was arrested as part of a widespread Turkish government crackdown that followed a failed coup against President Recep Erdogan in July 2016.

Brunson denied the charges against him, and the US repeatedly called for his release. In August, it imposed sanctions on the two government officials to press Turkey to release the 50-year-old evangelical pastor.

Brunson was convicted in October on charges of providing assistance to terrorist groups and sentenced to three years in prison. But he was freed and allowed to leave the country. He is now back in the United States.