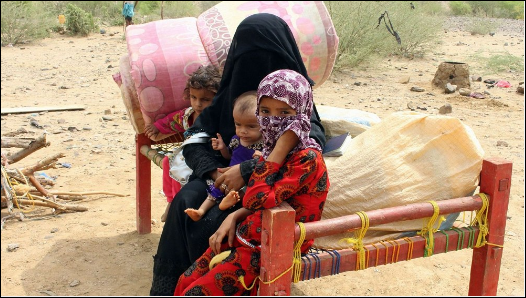 US Department of State spokeswoman said that the possible war crimes outlined in a UN report, which was released on Tuesday, are "very concerning to the United States Government" on Wednesday.

"We have seen the report from the Human Rights Council", said Heather Nauert at the Department press briefing.

On Tuesday, UN investigators said that all sides involved in the conflicts in Yemen may have committed war crimes, stressing disastrous air strikes, sexual violence and the recruitment of children as soldiers.

"We believe that if such a crime has taken place, that there is simply no justification for those types of crimes," said Nauert, adding that "We're certainly taking a look at the report and urge all parties to the conflict to do the same."

US Defense Secretary Jim Mattis on Tuesday strongly defended the US-backed Saudi-led coalition that is fighting against Iran-backed Huthi rebels in Yemen.

The coalition, whose air strikes have taken a heavy toll on civilians in Yemen, has rejected "inaccuracies" in the UN report and criticized its "non-neutrality."

But Mattis said that US military support for the coalition was not unconditional and was based on the coalition doing "everything humanly possible to avoid any innocent loss of life, and they support the UN-brokered peace process" at a Pentagon news conference on Tuesday.