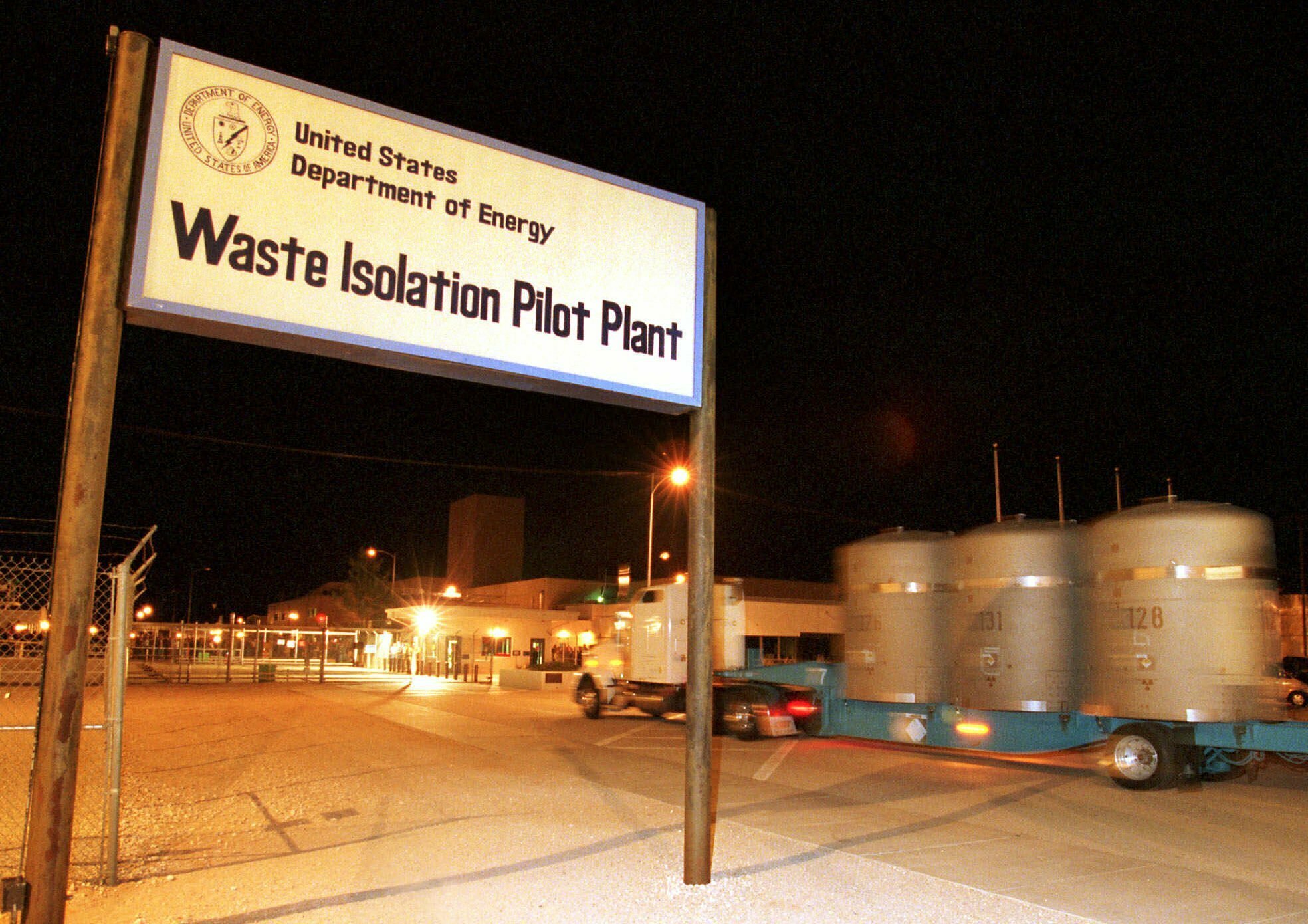 It wasn’t long after the atomic bomb was dropped on Japan and World War II ended that the United States began to realize it had to do something with the waste that was being generated by defense-related nuclear research and bomb-making that would continue through the Cold War — and indefinitely.

Tainted with plutonium and other elements, the waste — gloves, clothing, tools and other materials — couldn’t be left just anywhere, so it was decided that a repository would be dug deep into the desert in southeastern New Mexico.

WHAT IS THE WASTE ISOLATION PILOT PLANT?

WIPP is the United States’ only permanent underground repository licensed to take low-level radioactive waste generated by the nation’s nuclear weapons program. There are a few other commercial facilities in the US that accept low-level waste, but none involves hoisting the waste to such depths.

Carved out of an ancient salt formation about half a mile (0.8 kilometers) deep, the subterranean landfill is located outside of Carlsbad, New Mexico, a once sparsely populated area that is now home to a major oil and gas boom.

Following years of research, Congress initially mandated the construction of the repository as a research and development project. It’s far beyond the experimental stage after 20 years of operation and more than 12,380 shipments.

Packaged in drums, special boxes and other containers, the waste is placed inside a series of rooms that have been excavated out of the salt layer. Some waste has to be handled remotely and is placed in holes bored into the walls. When the rooms are full, they are sealed off.

In the 1950s, some of the world’s top scientific minds began to weigh the options for what to do with this waste. They concluded deep geologic repositories would be the best way to deal with materials that would take a very long time to decay.

Initial efforts focused on an abandoned salt mine in central Kansas. Technical issues prompted a search for a more suitable site. The focus turned to New Mexico, where evaporation of the ancient Permian Sea eons ago had left behind a thick bed of salt.

Scientists say the benefit of salt is it’s nearly impermeable. And since the layer in southeastern New Mexico is so old and expansive, they consider it more stable.

Government officials and nuclear experts say yes. Watchdog groups that monitor the federal government’s nuclear weapons programs have other opinions and often cite safety lapses and instances over the decades in which radioactive materials have been mishandled.

Their best evidence is a 2014 radiation release that forced the closure of the repository for nearly three years and led to sweeping policy changes. The release was the result of waste being inappropriately packaged at Los Alamos National Laboratory — the birthplace of the atomic bomb.

Scientists, though, say disposing of the low-level waste in the salt bed will keep it isolated from groundwater sources and the surface. The idea is the salt naturally creeps, healing its own fractures and filling in voids, so the waste will eventually be entombed.

Critics say the creeping of the salt isn’t always a gentle process, as the repository has documented numerous instances in which chunks of the ceiling have fallen in areas that haven’t been maintained.

WHERE DOES THE WASTE COME FROM?

More than a dozen national laboratories and government sites across the country package up waste and ship it to WIPP.

The first shipment — two boxes from Los Alamos — arrived with much fanfare in the pre-dawn hours of March 26, 1999. Residents lined the streets in Carlsbad and waved flags as the truck rolled through. At the repository, hundreds of employees waited at the main gate for a moment some thought would never come.

Idaho National Laboratory has sent more than 6,200 shipments to WIPP, followed by the Rocky Flats site outside of Denver. Waste also has come from the Hanford Site in Washington state and the Savannah River complex in South Carolina.

Officials say more than 14 million miles (22.5 million kilometers) have been traveled by the transport trucks, with only some minor fender-benders.

WHAT’S BEING DONE TO MODERNIZE WIPP?

Managers and workers at WIPP say they’re still dealing with the effects of the 2014 release. Due to contamination of some of the underground disposal areas, workers have to wear protective suits and respirators. Adequate ventilation also is an issue.

The price tag for installing a new ventilation system, sinking new shafts and making other improvements totals more than $500 million.

Managers say the work is necessary and no different than someone sprucing up a 30-year-old home. Some of the earliest underground passages constructed at WIPP date back to 1983.

Officials are also looking at replacing some of the equipment used for mining the salt and moving the waste. Options include more efficient diesel engines or electric-powered vehicles.