NEW YORK, Aug. 14 (Xinhua) -- The United States was "underprepared" for "the greatest public health crisis that hit this nation in a century," a senior U.S. health official has said, as America has been the hardest-hit nation worldwide by COVID-19. 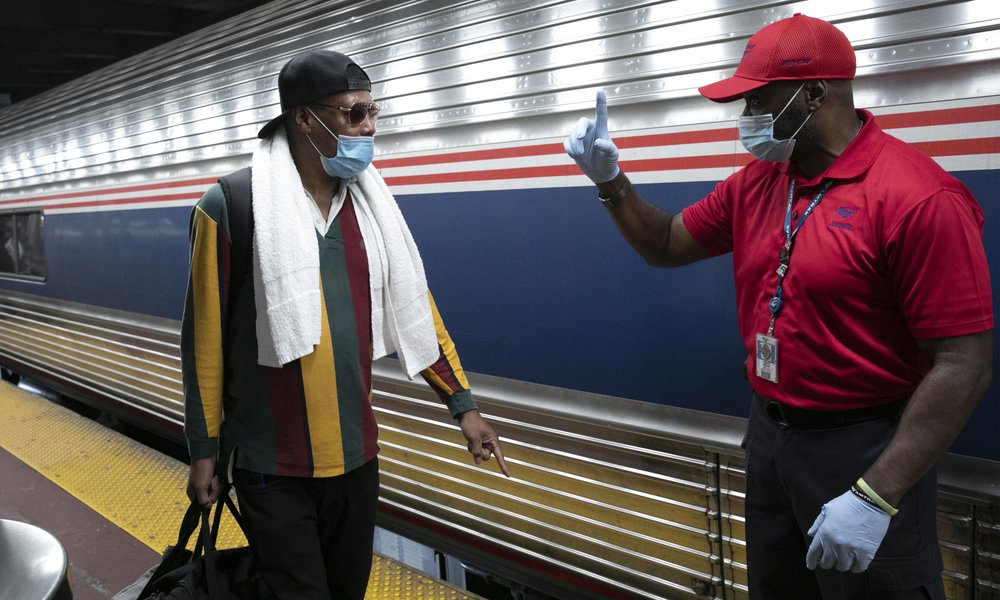 A traveler arriving on a train that originated in Miami gets directions from a porter, right, at Amtrak's Penn Station, Thursday, Aug. 6, 2020, in New York. (Photo: AP)

The "collateral damage" of the pandemic can be seen from the fact that public health officials have been forced to turn their focus away disproportionately from treating AIDS, Hepatitis C and other diseases, Robert Redfield, director of the U.S. Centers for Disease Control and Prevention (CDC), said in an interview with WebMD chief medical officer John Whyte on Wednesday.

The novel coronavirus, which has contracted more than 5.3 million people and caused over 168,000 related deaths in the United States, has exposed many weaknesses of the U.S. health system.

"We have some states that we're down to less than 40, 30, 20 contact tracers," Redfield said. "We really haven't invested, in this nation, in the core capabilities of public health."

"We need to owe it to our children and grandchildren that this nation is never under-prepared again for a public health crisis," Redfield said.