WORLD US unemployment claims fall to a pandemic low of 498,000

US unemployment claims fall to a pandemic low of 498,000 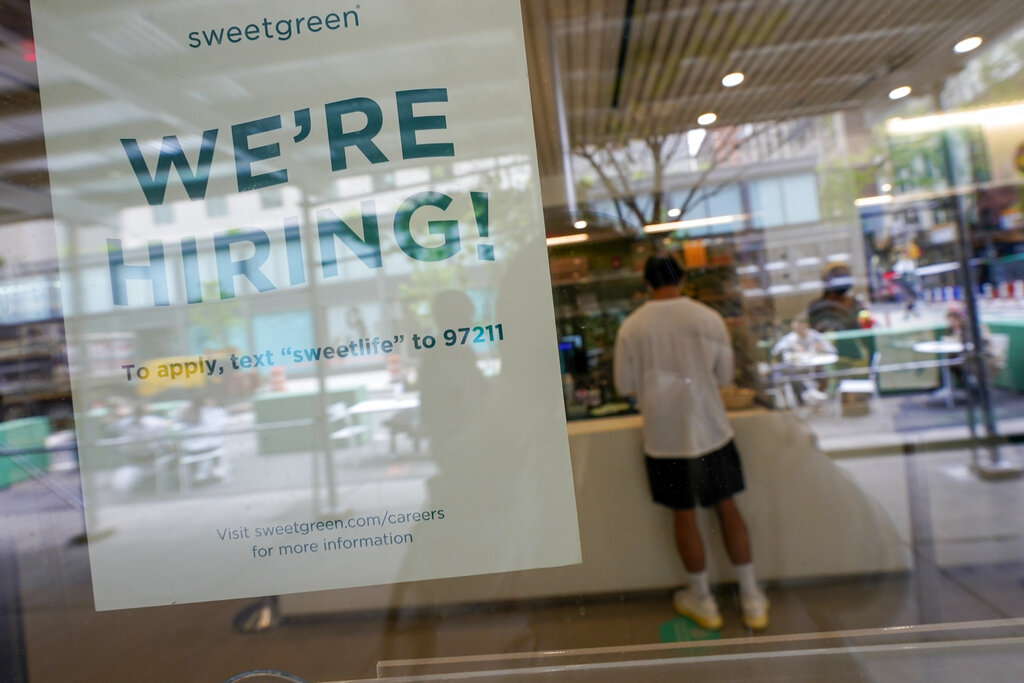 A signs announcing they are hiring hangs in the window of a restaurant in the Greenwich Village neighborhood of Manhattan in New York, Tuesday, May 4, 2021. (Photo: AP)

WASHINGTON (AP) — The number of Americans seeking unemployment aid fell last week to 498,000, the lowest point since the viral pandemic struck 14 months ago and a sign of the job market's growing strength as businesses reopen and consumers step up spending.

Thursday's report from the Labor Department showed that applications declined 92,000 from a revised 590,000 a week earlier. The number of weekly jobless claims — a rough measure of the pace of layoffs — has declined significantly from a peak of 900,000 in January as employers have ramped up hiring.

At the same time, the pace of applications is still well above the roughly 230,000 level that prevailed before the viral outbreak tore through the economy in March of last year.

As vaccinations have been more widely administered, restrictions on businesses have gradually lifted and consumers have become more willing to travel, shop and dine out, stronger spending has boosted hiring, slowed layoffs and accelerated growth. The economy grew last quarter at a vigorous 6.4% annual rate, with expectations that the current quarter will be even better.

In March, employers added nearly 1 million jobs, the most since August. Roughly the same number is expected to be reported Friday when the government issues the jobs report for April. Even so, the economy will still be more than 7 million jobs short of its pre-pandemic level.

The government’s report Thursday showed that about 16.2 million people were continuing to collect unemployment benefits in the week that ended April 17, down from 16.6 million in the previous week. That's a sign that some former recipients have found jobs.

As economic growth has accelerated, sales of vehicles and newly built homes have soared, manufacturing output has risen and Americans on average have increased their savings and wealth. In part, this is because of $1,400 stimulus checks that were distributed to most adults and in part because many affluent households have built up savings while working from home and have benefited from a surging stock market.

The economy, though, is restarting so quickly that it’s creating supply bottlenecks and parts shortages. Many companies, especially restaurants, can’t find enough applicants to fill available jobs. Others are raising pay to attract more applicants.

Shortages of raw materials and parts have swollen prices for lumber, copper and semiconductor chips, which are critical to the housing and auto industries, among other sectors. Those higher costs, along with wage pressures, have elevated fears that inflation could accelerate.

Analysts have forecast that when the monthly jobs report is released Friday, it will show that the economy added 975,000 jobs in April, according to data provider FactSet, and that the unemployment rate fell from 6% to 5.8%. That would show that more Americans are looking for work and more employers are hiring them.