US urges Libya to dismantle militias 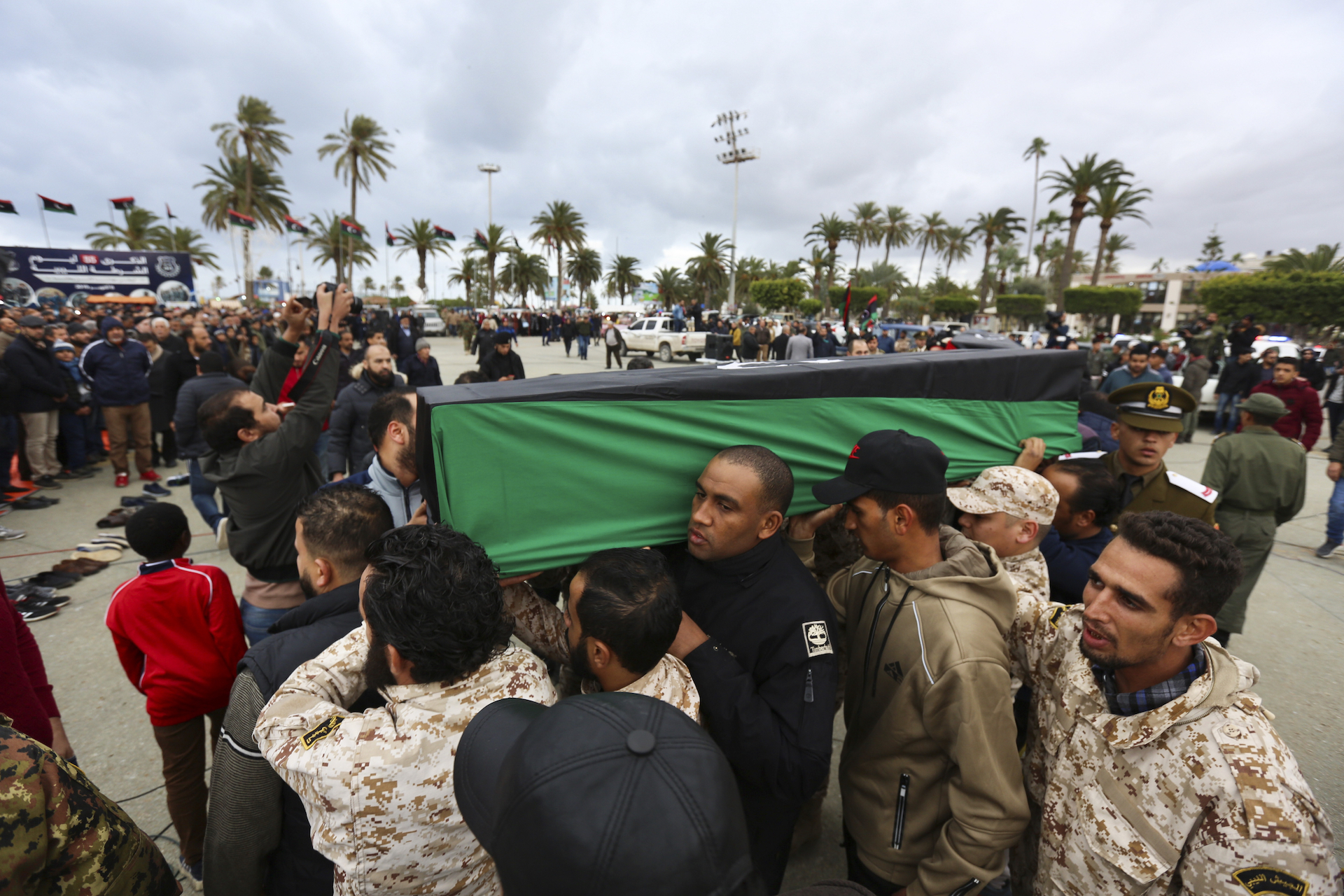 Mourners carry coffins during a funeral of military cadets killed in an airstrike in Tripoli, Libya, January 5, 2020. (Photo: AP)

The ambassador made his remarks during a meeting with Fathi Bashaga, interior minister of the UN-backed government.

"Such militias represent a serious threat to building a strong, democratic, and unified state in Libya," it warned.

Libya has been suffering escalating violence and political instability ever since the fall of the late leader Muammar Gaddafi in 2011.