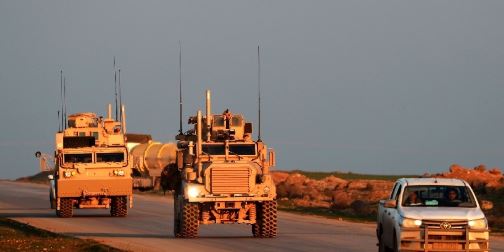 WASHINGTON, Feb. 4 (Xinhua) -- The US Department of State on Monday urged other nations to take back and prosecute their citizens detained by the Kurdish-led Syrian Democratic Forces (SDF) backed by Washington.

In a statement issued in the US capital city, Robert Palladino, deputy spokesperson of the State Department, noted the SDF's contribution on behalf of the Global Coalition to Defeat the Islamic State (IS).

"As they liberated territory from ISIS (IS) with courage and resolve, the SDF took into custody hundreds of foreign terrorist fighters from dozens of countries around the world," he said.

"The United States calls upon other nations to repatriate and prosecute their citizens detained by the SDF and commends the continued efforts of the SDF to return these foreign terrorist fighters to their countries of origin," he said.

Noticeably, the statement also read that "despite the liberation of ISIS-held territory in Iraq and Syria, ISIS remains a significant terrorist threat and collective action is imperative to address this shared international security challenge."

In December, US President Donald Trump abruptly announced to withdraw US troops from Syria, citing that the local IS force has been largely defeated.

However, the US military said on Jan. 16 that a number of US soldiers were killed in a blast while conducting a routine patrol in northern Syria.

On Jan. 29, a roadside bomb targeted a military convoy of the SDF, wounding many fighters.

Later on Feb. 1, a large explosion was reported near the house of a Kurdish-led militia commander in northern Syria, and a patrol of the SDF was reportedly passing by when the blast occurred in Manbij.

The US-led coalition has been engaged in an operation to drive out the IS militants from their last stronghold in the eastern Euphrates region in eastern Syria.