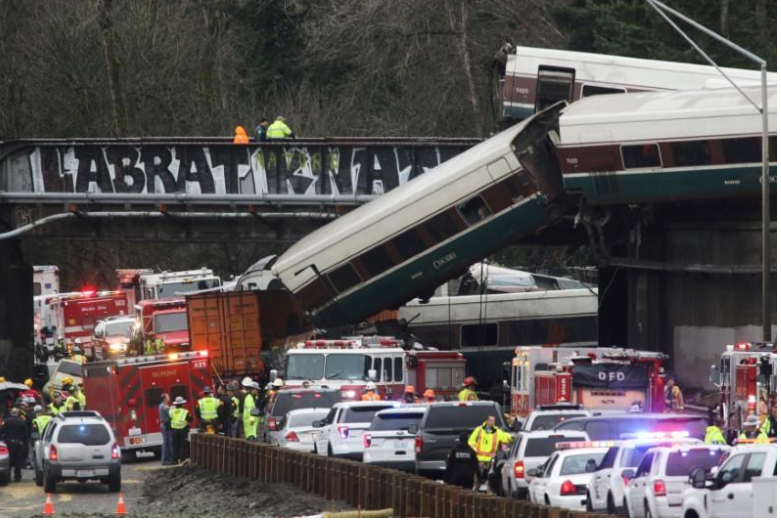 First responders are at the scene of an Amtrak passenger train which derailed and is hanging from a bridge over the interstate highway (I-5) in DuPont, Washington, US, December 18, 2017. Photo: REUTERS/Nick Adams

Letters dated Dec. 27, which were made public on Tuesday, said Chao wanted railroads to “greatly accelerate” efforts to meet congressional deadlines. A deadly Amtrak crash last month near Seattle that killed three occurred on a section of track that did not have the positive train control system operating.

The system is designed to prevent derailments caused by excessive speed. Investigators have said several deadly US train crashes in recent years could have been prevented if the system was in place.