WORLD US urges Turkey to exercise restraint in northwest Syria

US urges Turkey to exercise restraint in northwest Syria 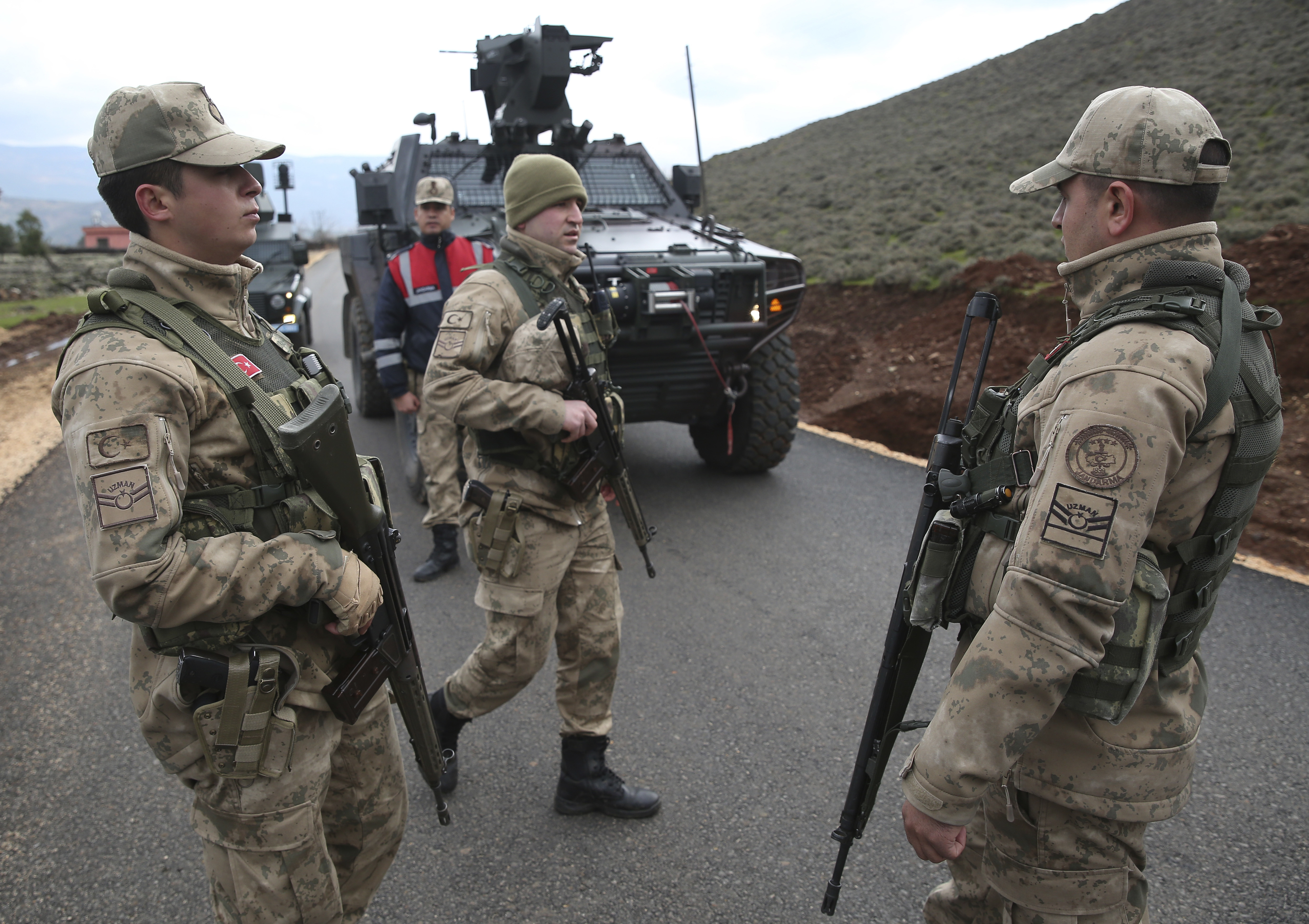 Photo taken on Jan. 21, 2018 shows that Turkish Army officers block the outskirts of the village of Sugedigi, Turkey, on the border with Syria. Turkey's ground troops entered the enclave of Afrin, in northern Syria on Sunday and were advancing with Turkish-backed Syrian opposition forces in their bid to oust Syrian Kurdish forces from the region. (Photo: AP/Lefteris Pitarakis)

US State Department spokesperson Heather Nauert on Sunday urged Turkey to exercise restraint in its military operations in northwest Syria.She also called on Ankara to "remain limited in scope and duration and scrupulous to avoid civilian casualties."

Noting that US Secretary of State Rex Tillerson called his Turkish and Russian counterparts on Saturday to discuss the situation in northwest Syria, Nauert said Washington has expressed concerns about the local condition, especially the plight of innocent civilians who are now faced with an escalation in fighting. "We continue to be supportive of addressing the legitimate security concerns of Turkey as a NATO ally and critical partner in the effort to defeat ISIS," she said. "We call on all parties to remain focused on the central goal of defeating ISIS. Now is the time for great nations to work together to secure a peaceful stability for the people of Syria."Turkey on Saturday launched the operation dubbed "Operation Olive Branch" with intense air raids and shelling seeking to oust from the Afrin region of northern Syria the Peoples' Protection Units (YPG), which Ankara considers as a terror group affiliated to the Kurdistan Workers' Party. Ankara said it had informed Damascus, but the Syrian government strongly denied this, denouncing the operation as a "brutal aggression." At least 18 civilians have been killed in the Turkish operations, the Syrian Observatory for Human Rights said on Sunday.