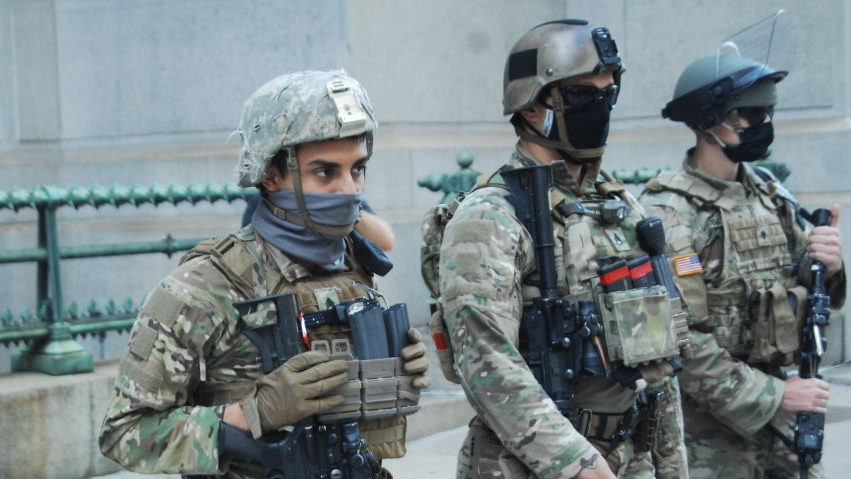 As the National Defense Authorization Act for Fiscal Year 2021 passed both chambers of U.S. Congress with two-thirds majority, it is set to override any possible presidential veto and become law. This new bill pushes U.S. military budget to a new high of $740.5 billion, which would only exacerbate the American ingrained sense of insecurity.

This year's bill enumerates close to 40 clauses related to China. One eye-catching clause is the creation of the $2.2 billion Pacific Deterrence Initiative (PDI).

But the seemingly innocuous term masks a more sinister intention. Modeled on the European Deterrence Initiative which started in 2014, the PDI is clearly targeting China and using increased military presence in the region to intimidate China into subordination to U.S. hegemony. Thus, the term "deterrence" in fact serves as a euphemism for "confrontation".

The PDI is intended to send a signal to the region that the U.S. is prioritizing its "Indo-Pacific" strategy. But the bill also sets to prevent troop reductions in Germany, Afghanistan and Iraq, which would cast doubt on the U.S. commitment to reposition its military to the "Indo-Pacific" region. Furthermore, by getting ready for more confrontation with China, it would by no means reassure allies and partners, and would only end up escalating tensions in the region.

Ever since President Donald Trump has entered office, the U.S. is using China as a rallying cry to boost military budget to skyrocketing levels. But upon closer examination, this rationale is dubious. 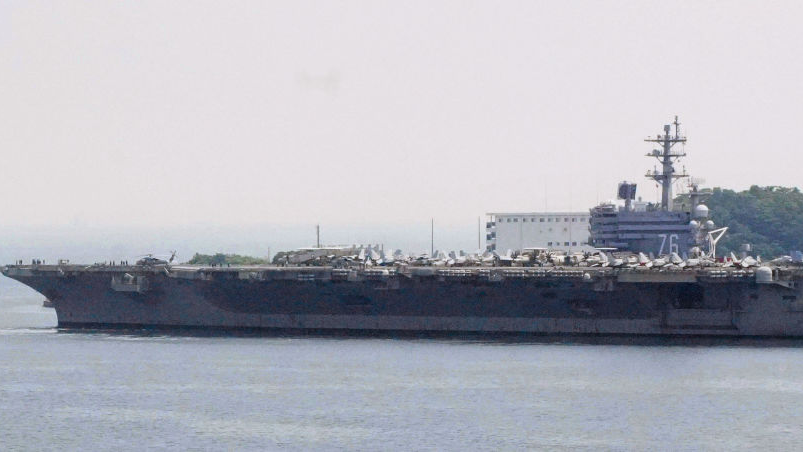 First of all, the U.S. military primacy has never faced a real "China threat". According to the Stockholm International Peace Research Institute (SIPRI) data, the U.S. spent more money on its military than the next ten countries combined in 2019, and is nearly three times greater than China, its "imagined" rival. This year's bill would further enlarge its military budget. In fact, it authorizes more purchases of advanced weapons, such as F-35 fighters, warships and submarines than the Defense Department and the President requested.

Second, the bill is using a diffused "China threat" narrative to justify unusual moves. A thorough reading of the bill would reveal that the "China threat" is clearly expanding to areas which normally fall outside the purview of national defense. For example, the bill used "China threat" as a justification to direct federal resources to focus on the hi-tech sector, to disrupt normal trade relations and people-to-people exchanges. It also used the excuse to heighten interference in China's internal affairs, including on Taiwan, Hong Kong SAR and Xinjiang Uygur Autonomous Region.

Third, the bipartisan support of such huge defense spending stands in stark contrast to the partisan deadlock over the stimulus package badly needed for a pandemic-stricken society. It is really misplaced and cold-hearted to pour huge sums of money on military at the expense of social welfare at a crucial time of mounting deaths.

The illusory "China threat" narrative reflects the U.S. deep-seated sense of insecurity which is self-inflicted and will be self-defeating.

The U.S. national defense strategy is premised on the quest of "absolute security", which requires the U.S. to maintain primacy and to perpetuate a unipolar world. But as the world is never static, power diffusion is an irresistible trend. In this regard, the U.S. would never feel secure and would be locked in an endless fight against an illusory enemy, which is its own hegemonic ambition.

Such a quixotic endeavor is not only futile, but also dangerous. While China is reaching out with friendly messages, ready to cooperate with the U.S. on diverse areas of common interest, the U.S. is weaving the "China threat" narrative to ensnare future U.S. administrations into a "great power competition" trap with China.

It also risks becoming a self-fulfilling prophecy. It encourages politicians from both parties to out-compete each other in demonstrating their hawkish credentials. It would encourage imprudent calculations of other countries in the region and set off a costly and dangerous arms race, leaving the region and the world in peril.