US utility hints at possible power outage in N. California 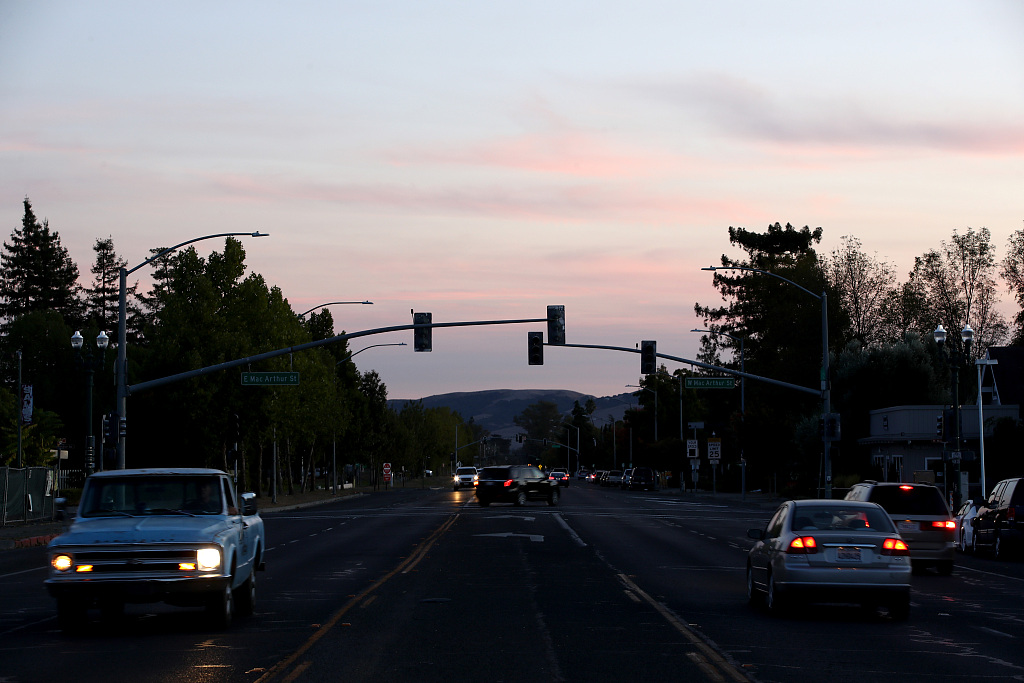 Traffic lights in the Sonoma area are out due to power outages on October 10, 2019 in Sonoma, California. (File photo: VCG)

PG&E said it is monitoring a potentially strong offshore wind event on Nov. 20, which suggests a possible prevention measure of Public Safety Power Shutoff (PSPS) that will cut power supply for some customers in North Valley, North Bay and Sierra Foothills or the wine grape-growing area.

The San Francisco-based California utility said the lack of rain, dry vegetation such as plants, shrubs, twigs and debris, recent extreme winds, as well as above-average temperatures for this time of year are likely to ignite wildfires.

Although the forecast for the next three days remains unstable, PG&E said current projections "reflect a possible weather event similar to previous PSPS events that impacted about 180,000 customers" in October.

The company enforced twice, weeks apart, the PSPS program last month due to high winds and critical fire weather conditions, which affected millions of people in more than three dozens of counties in the Bay Area and Northern California.

The massive blackout drew harsh criticism from the public and California Governor Gavin Newsom, who blasted PG&E at a press conference in October for decades of "mismanagement" of its power supply lines and equipment.

PG&E had insisted that the PSPS measure was designed to reduce the threat of wildfires that could be sparked by lines brought down in gusting winds.

Beset by mounting failures and liabilities, PG&E filed for bankruptcy protection in January this year, facing up to 30 billion US dollars in wildfire liabilities and possessing an aging infrastructure in bade need of replacement, after it was sued by victims of deadly wildfires in 2017 and 2018 in Northern California.