US vetoes UN call for withdrawal of Trump Jerusalem decision 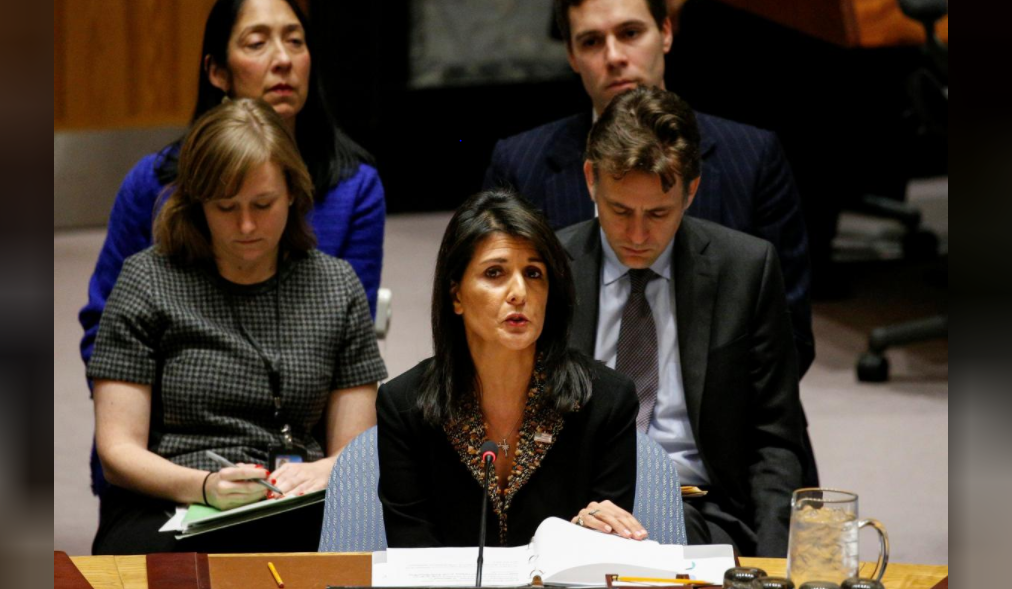 US Ambassador to the UN Nikki at the Security Council meeting on the situation in the Middle East in New York, December 18. 2018. Photo: Reuters 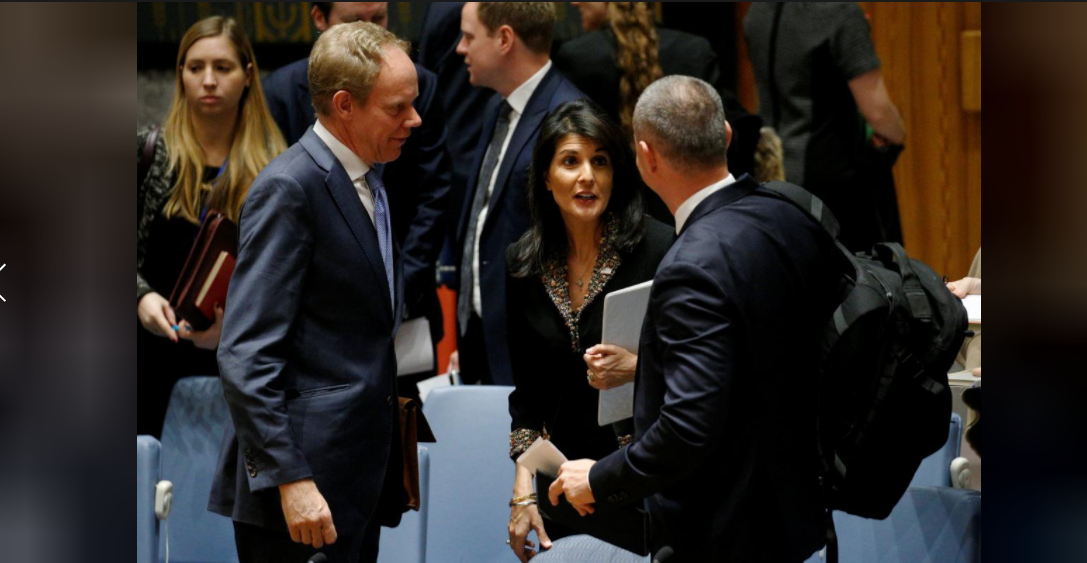 The US was further isolated on Monday over President Donald Trump’s decision to recognize Jerusalem as Israel’s capital when it blocked a United Nations Security Council call for the declaration to be withdrawn.

The remaining 14 council members voted in favor of the Egyptian-drafted resolution, which did not specifically mention the United States or Trump but which expressed “deep regret at recent decisions concerning the status of Jerusalem.”

The draft also affirmed “that any decisions and actions which purport to have altered the character, status or demographic composition of the Holy City of Jerusalem have no legal effect, are null and void and must be rescinded in compliance with relevant resolutions of the Security Council.”

Trump abruptly reversed decades of U.S. policy this month when he recognized Jerusalem as Israel’s capital, generating outrage from Palestinians and the Arab world and concern among Washington’s western allies.

Trump also plans to move the U.S. embassy to Jerusalem from Tel Aviv.

“In the wake of the decision of the United States ... the situation has become more tense with an increase in incidents, notably rockets fired from Gaza and clashes between Palestinians and Israeli security forces,” U.N. Middle East peace envoy Nickolay Mladenov told the Security Council ahead of the vote.

He was briefing the council on the implementation of a resolution adopted in December 2016 that demanded an end to Israeli settlement building. Mladenov said that “no such steps” had been taken by Israel.

That resolution was approved with 14 votes in favor and an abstention by former U.S. President Barack Obama’s administration, which defied pressure from Israel and Trump, who was then president-elect, for Washington to wield its veto.

“We call on all sides to come and negotiate ... Not to come to the Security Council or to the General Assembly, it’s a waste of time. The only way to move forward is by direct negotiations,” Danny Danon, Israel’s ambassador to the United Nations, told reporters before the vote on Monday.

The draft resolution had also called upon all countries to refrain from establishing diplomatic missions in Jerusalem.

“It is in line with previous Security Council resolutions,” British U.N. Ambassador Matthew Rycroft said of the text voted upon on Monday.

U.S. Ambassador Nikki Haley told the council before the vote: “The United States has an undiminished commitment to helping bring about final status negotiations that will lead to lasting peace. Our hand remains extended to both parties.”