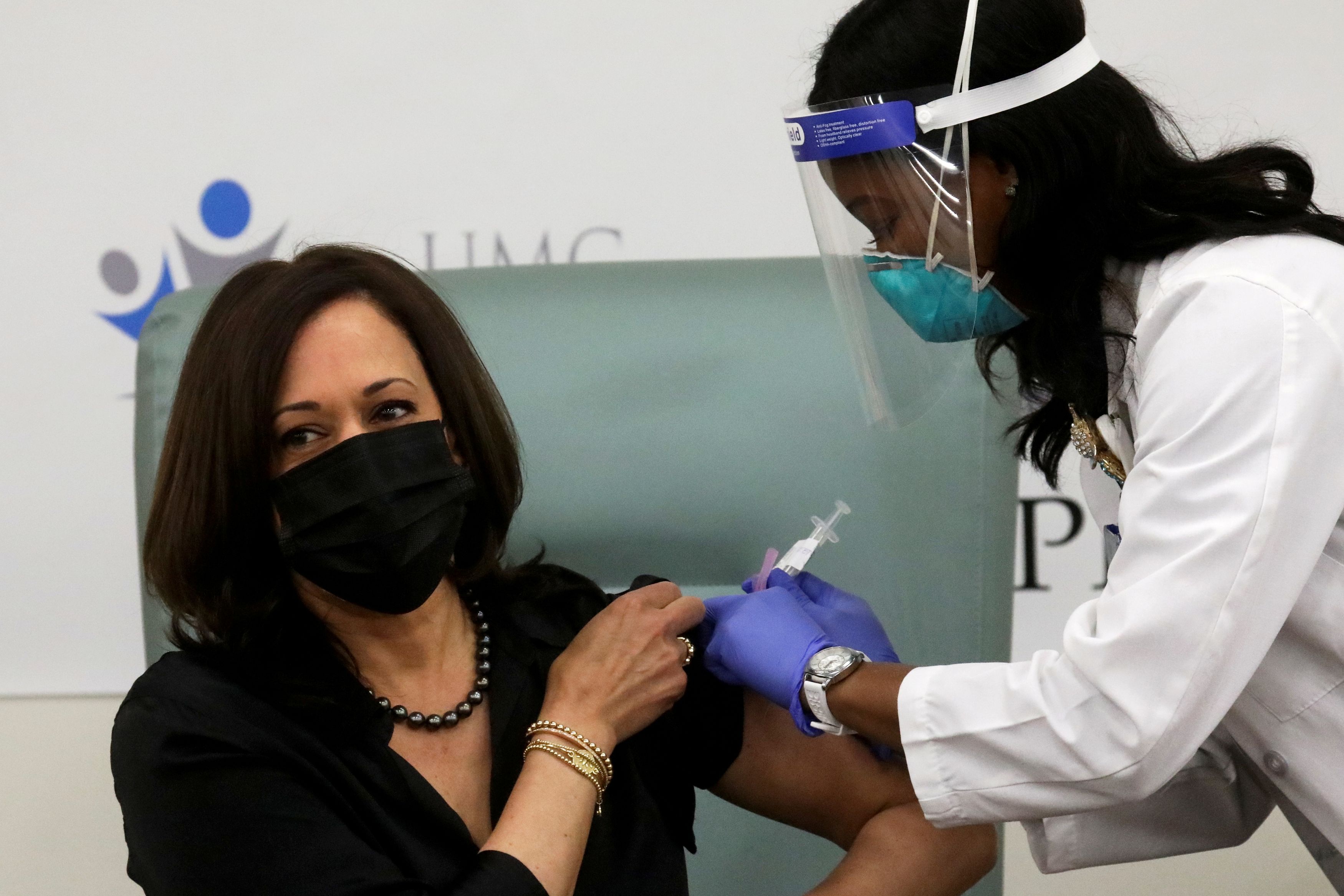 "I want to encourage everyone to get the vaccine. It is relatively painless. It happens really quickly. It is safe," Harris said shortly after being administered the Moderna vaccine at United Medical Center in Washington, D.C. "So I urge everyone, when it is your turn, get vaccinated."

The vice president-elect's vaccination came just over a week after that of President-elect Joe Biden, who received the Pfizer-BioNTech vaccine that, together with the Moderna vaccine, got emergency use authorization from the U.S. Food and Drug Administration.

In addition to Biden and Harris, Vice President Mike Pence and second lady Karen Pence, as well as Surgeon General Jerome Adams also got inoculated. All of them did it on live television to tout the safety and efficacy of the vaccines.

President Donald Trump earlier this month said he had reversed a plan to prioritize White House official in the national vaccination program, saying that he himself is "not scheduled to take the vaccine," but that he looked forward to doing so "at the appropriate time.