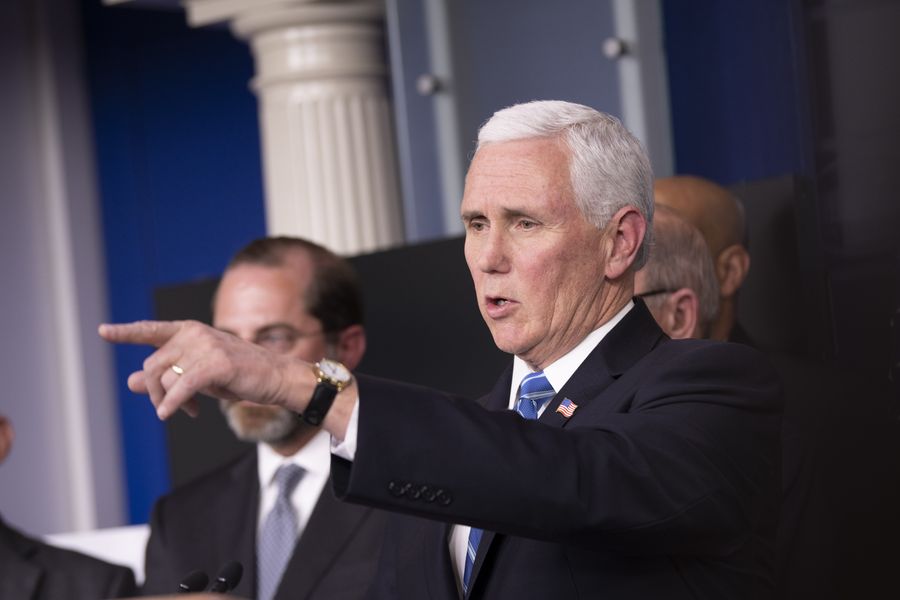 Photo taken on March 10, 2020, shows U.S. Vice President Mike Pence gesturing as he attends a press conference on the COVID-19 at the White House in Washington D.C., the United States. (Photo: Xinhua/Liu Jie)

The vice president "will be a low key for the next couple of days."

WASHINGTON, May 10 (Xinhua) -- U.S. Vice President Mike Pence has been distancing himself from others after his press secretary tested positive for the coronavirus, U.S. media reported Sunday.

The Associated Press and Bloomberg News both used the term "self-isolating" to describe Pence's preventative measure, but NBC News cited a senior official as saying that "Pence's precautions did not amount to self-isolation because there are no restrictions on his schedule."

The official added that the vice president "will be a low key for the next couple of days," according to the NBC News report. 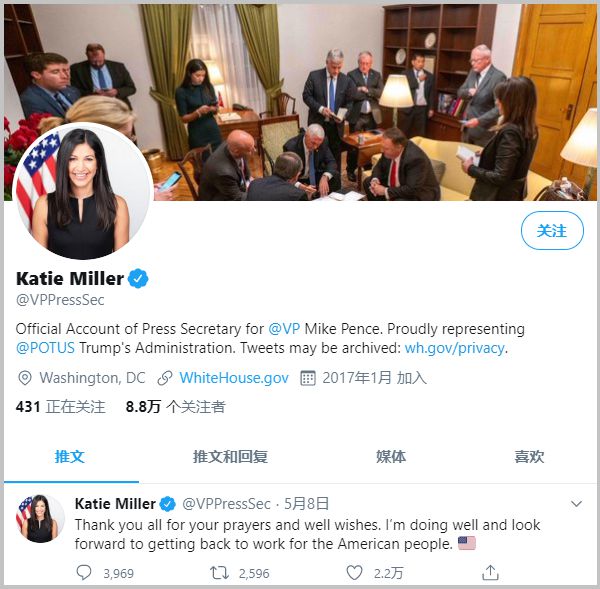 U.S. Vice President Mike Pence's press secretary Katie Miller posts a tweet on May 8, 2020, saying that "I'm doing well and look forward to getting back to work for the American people."

Pence, who leads the White House Coronavirus Task Force, is the latest and highest-ranking member of the administration to take restrictive measures to avoid social contact. His press secretary, Katie Miller, tested positive for the coronavirus on Thursday.