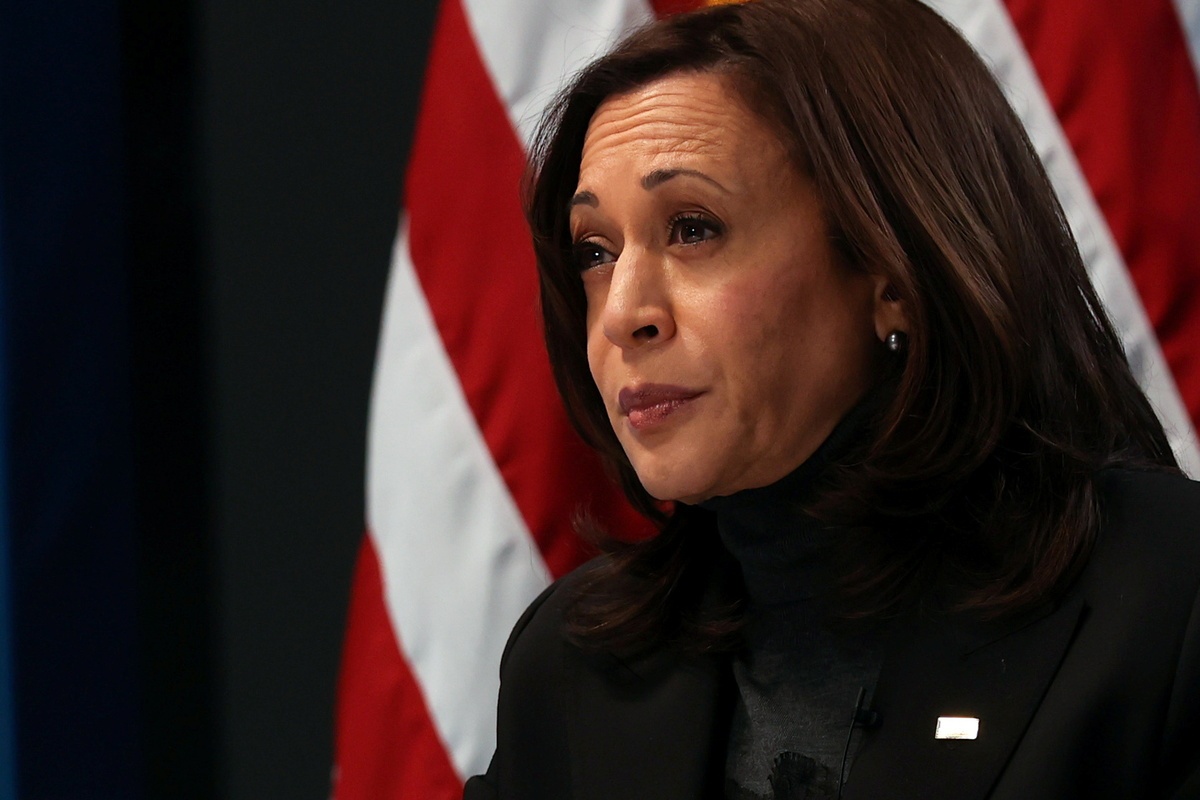 Vice President Kamala Harris hosts a virtual town hall on provisions of the Biden administration’s American Rescue Plan targeting aid to women and families, in the Eisenhower Executive Office Buiilding at the White House in Washington, US, February 18, 2021. (Photo: Agencies)

WASHINGTON - Kamala Harris spoke with French President Emmanuel Macron on Monday to discuss topics including the pandemic and climate change, in a rare phone call between a US vice president and a foreign leader.

Harris's office released a statement saying she had expressed her commitment "to revitalizing the transatlantic alliance."

"Vice President Harris and President Macron agreed on the need for close bilateral and multilateral cooperation to address COVID-19, climate change, and support democracy at home and around the world," the statement said.

"They also discussed numerous regional challenges, including those in the Middle East and Africa, and the need to confront them together.

"The Vice President thanked President Macron for his leadership on the issue of gender equality and for France's contribution to NASA's Mars 2020 Perseverance rover."

The rover is due to land Thursday on Mars in a pioneering search for signs of ancient microbial life on the Red Planet.

The French government confirmed the phone call and its contents as detailed by the US statement.

Macron spoke with US President Joe Biden in a phone call on January 24 and reportedly suggested that they broker a settlement on the long-running trade dispute between aircraft manufacturers Boeing and Airbus.