WORLD US VP Pence not in quarantine: spokesman

US VP Pence not in quarantine: spokesman 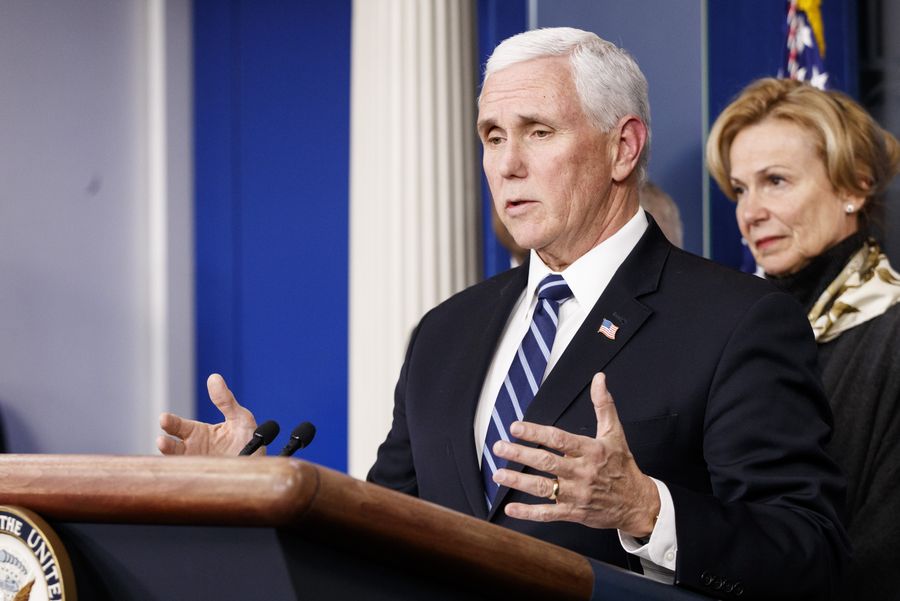 US Vice President Mike Pence (front) speaks during a press conference on the coronavirus at the White House in Washington D.C., the United States, March 4, 2020. (Phot: Xinhua)

Washington (People's Daily) - US Vice President Mike Pence is not in quarantine and has tested negative to COVID-19, his spokesman said Sunday, after a close aide was confirmed to have been infected.

Pence would go to work at the White House on Monday, spokesman Devin O'Malley said in a statement following some US media reports that Pence would be self-isolating.

"Vice President Pence will continue to follow the advice of the White House Medical Unit and is not in quarantine," O'Malley said.

"Vice President Pence has tested negative every single day and plans to be at the White House tomorrow."

Top US infectious diseases expert Anthony Fauci -- who has become the trusted face of the government's virus response -- told CNN he would undergo a "modified quarantine" after testing negative and having not been in close proximity to Miller.

President Donald Trump, 73, Pence, 60, and many others at the White House are tested daily. But Trump and Pence often defy the medical experts' guidance about wearing protective masks.

The US, which has recorded 79,500 deaths in the coronavirus outbreak, has also suffered its steepest job losses in history, with 20.5 million jobs lost in April.

(With some input from AFP)