WORLD US warns of repercussions for Pakistan over freed militant

US warns of repercussions for Pakistan over freed militant 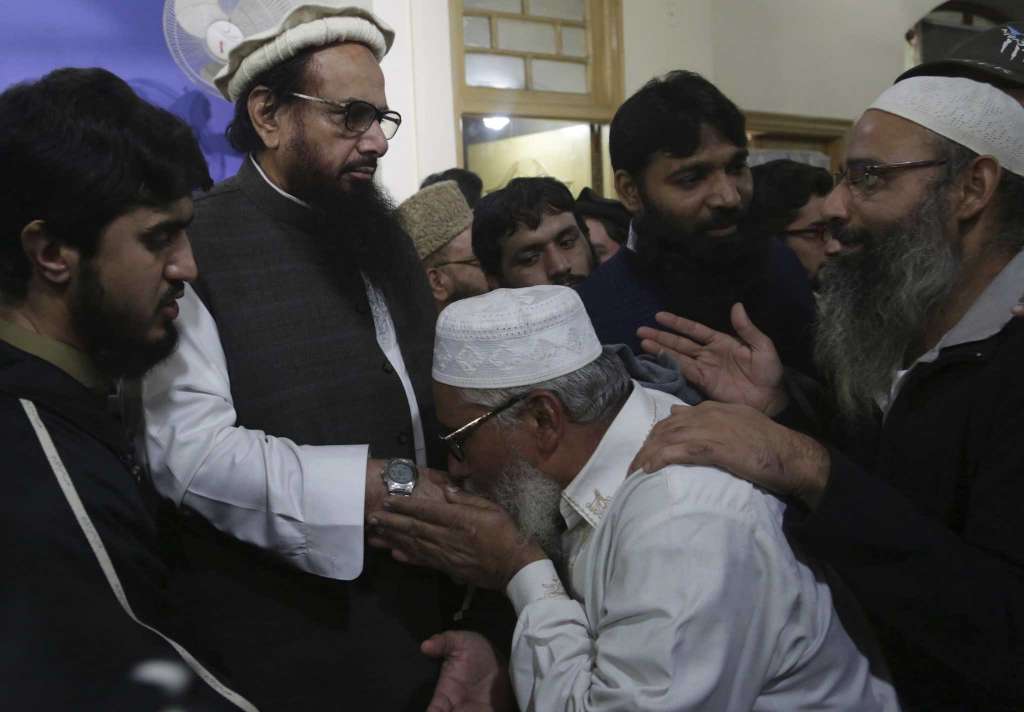 Supporters of Hafiz Saeed, second from left, head of the Pakistani religious party, Jamaat-ud-Dawa, kiss his hands as he arrived at a mosque in Lahore, Pakistan, Friday, Nov. 24, 2017. Pakistani authorities acting on a court order released a U.S.-wanted militant Friday who allegedly founded a banned group linked to the 2008 Mumbai, India attack that killed 168 people, his spokesman and officials said. (AP Photo/K.M. Chaudary 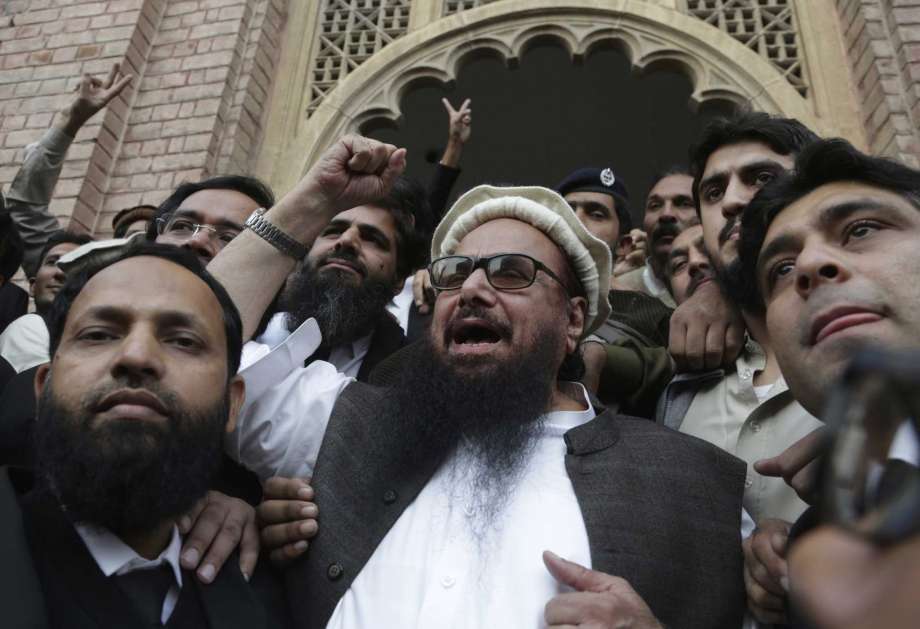 I am not struggling for any personal gains," Hafiz Saeed told supporters after a court ended his detention. Saeed is head of Jamaat-ud-Dawa, which is allegedly linked to a Mumbai terrorist attack that killed 168 people 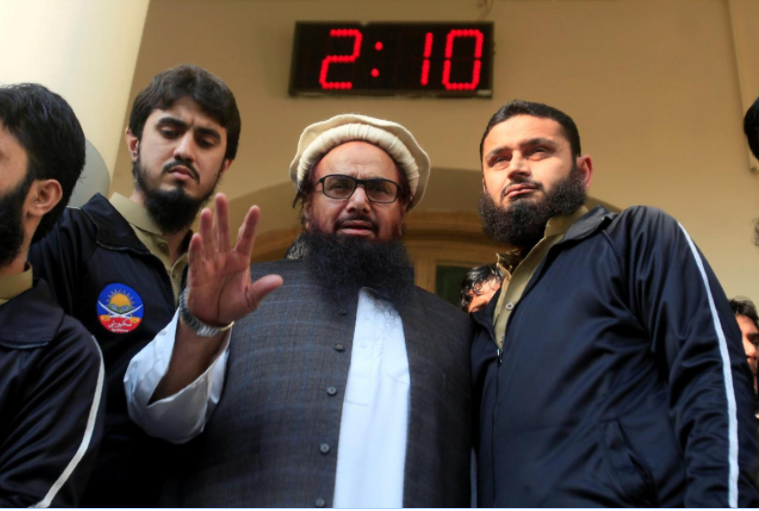 Washington - The White House said on Saturday there would be repercussions for U.S.-Pakistan relations unless Islamabad took action to detain and charge a newly freed Islamist accused of masterminding a 2008 assault in Mumbai, India.

A Pakistani court ordered the release on Wednesday of Hafiz Saeed, who was put under house arrest in January after years of living freely in Pakistan, one of the sore points in its fraying relationship with the United States. His freedom had also infuriated its arch-foe India.

The White House on Saturday urged Pakistan to arrest Saeed, calling for him to be prosecuted over the Mumbai attack that killed 166 people, including Americans.

“If Pakistan does not take action to lawfully detain Saeed and charge him for his crimes, its inaction will have repercussions for bilateral relations and for Pakistan’s global reputation,” the White House said in a statement.

This is the first time the United States has acknowledged that the recent decision could have an impact on relations between the two countries, who are allies but view each other with suspicion.

Saeed has repeatedly denied involvement in the Mumbai attacks in which 10 gunmen attacked targets in India’s largest city, including two luxury hotels, a Jewish center and a train station in a rampage that lasted several days.

The violence brought nuclear-armed neighbors Pakistan and India to the brink of war.

The United States had offered a $10 million bounty for information leading to the arrest and conviction of Saeed, who heads the Jamaat-ud-Dawa (JuD). Members say the JuD is a charity but the United States says it is a front for the Pakistan-based Lashkar-e-Taiba (LeT) militant group.

The White House said Pakistan’s failure to charge Saeed sent a “a deeply troubling message about Pakistan’s commitment to (combating) international terrorism.” It added that it also was counter to Pakistan’s claim that it did not provide sanctuary to militants.

President Donald Trump has accused Pakistan of harboring “agents of chaos” and providing safe havens to militant groups waging an insurgency against a U.S.-backed government in Kabul.

Pakistan argues that it has done a great deal to help the United States in tracking down terrorists.

U.S. official expressed hope that relations between the two countries could improve after a kidnapped U.S.-Canadian couple and their three children were freed in Pakistan in October, after the couple was abducted in neighboring Afghanistan.

Michael Kugelman, of the Woodrow Wilson Center think tank in Washington, said he did not expect an imminent change in relations between the two countries, but Saeed’s release would be a critical point for Washington as it considers it options.

“This could move the U.S. closer to adapting a largely symbolic but nonetheless major punitive step - the revocation of Pakistan’s non-NATO ally status, which would be a big reputational blow for Pakistan,” Kugelman said.

Pakistan won major non-NATO ally status in 2004 from the George Bush administration, in what was at the time seen in part as recognition of its importance in the U.S. battle against al Qaeda and Taliban insurgents.

Non-NATO ally status is a designation given by the U.S. government to close allies who have a strategic working relationship with U.S. Armed Forces but are not members of the North Atlantic Treaty Organization.