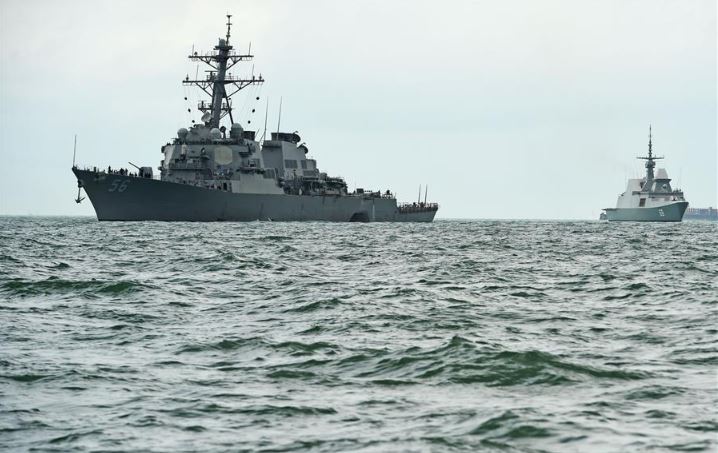 BUCHAREST, Jan. 7 (Xinhua) -- The dock landing ship Fort McHenry of the United States Navy pulled into the Romanian port of Constanta on Monday for a three-day stopover, the Romanian Navy Staff (SMFN) informed in a press release.

"During the layover, the leadership of the Command Fleet will receive the visit of the USS Fort McHenry ship representatives and a detachment of the 307 Infantry Marine Regiment will carry out a fact-finding visit on board the US ship," announced the SMFN.

The Fort McHenry will conduct a series of joint training activities with Romania's King Ferdinand frigate, upon leaving Constanta on Thursday, in Romania's territorial waters and the international waters of the Black Sea.

The last US warship to operate in the Black Sea was the Spain-based guided-missile destroyer Carney that on Aug. 27 ended its third visit there in 2018.

Two other guided-missile destroyers - the Ross and the Porter - also sailed into the sea last year.