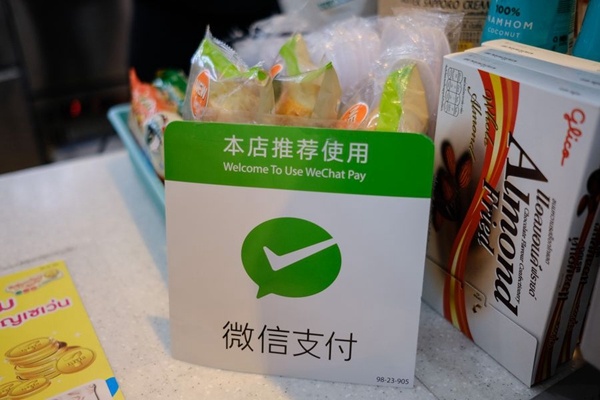 As China is about to become the world's largest consumer market this year, the U.S. government's executive order against WeChat may result in U.S. companies leaving China, said a former vice-minister of commerce.

"For a country boasting a free economy, the Trump administration's recent move is unimaginable and will severely damage U.S. companies' businesses in China," Wei Jianguo, vice-chairman of the China Center for International Economic Exchanges, said in an exclusive interview with China Daily. Wei is a former vice-minister of commerce.

"This is particularly unwise as China is going to become the world's largest consumer market this year, owing to its rapid recovery from the pandemic," said Wei, adding that this development has made the country's consumer market critical for domestic and international producers.

Retail sales in China reached 41.2 trillion yuan ($5.92 trillion) last year, and retail sales dropped by 1.1 percent in July on a yearly basis, narrowing from the 1.8 percent decline in June, according to the National Bureau of Statistics. Market research firm eMarketers said in a report in June that retail sales in the U.S. will drop 10.5 percent to $4.89 trillion this year, a level not seen since 2016.

"Quite a number of U.S. companies, in fact, are betting on the Chinese market to salvage their global earnings," Wei said.

The shoemaker Skechers U.S., for instance, saw overall quarterly sales drop 42 percent year-on-year but got some relief from 11.5 percent growth in China.

More than a dozen major U.S. multinationals, including Apple Inc, Walmart and Walt Disney Co, raised concerns in a telephone call with White House officials on Tuesday about the potentially broad scope and impact of President Donald Trump's executive order targeting WeChat, saying it could undermine their competitiveness in the world's second-biggest economy.

WeChat is a widely used app around the world, especially by Chinese, and banning it could effectively cut off much informal communication between people in China and the United States.

"For those who don't live in China, they don't understand how vast the implications are if American companies aren't allowed to use it," Craig Allen, president of the U.S.-China Business Council, was quoted by The Wall Street Journal as saying. "They are going to be held at a severe disadvantage to every competitor."

In a recent online survey by xueqiu.com, 807,000 respondents said they would get rid of their Apple phone if WeChat had to be removed from its devices, compared with 48,000 who said they would remove the app instead. According to Tencent's first-quarter financial report of 2020, the monthly active users of WeChat have exceeded 1.2 billion.

"Those moves, on the other hand, reflect a U.S. image as a closed and isolated economy, a retreat for the world's largest economy," Wei said.

Despite the U.S. government's pressure, 18,800 foreign-funded companies were established across China between January and July, including 860 U.S. companies, justifying global investors' confidence in the market. And foreign direct investment from the U.S. continued to flow into China, rising 6 percent year-on-year in the first half of 2020, according to the Ministry of Commerce.