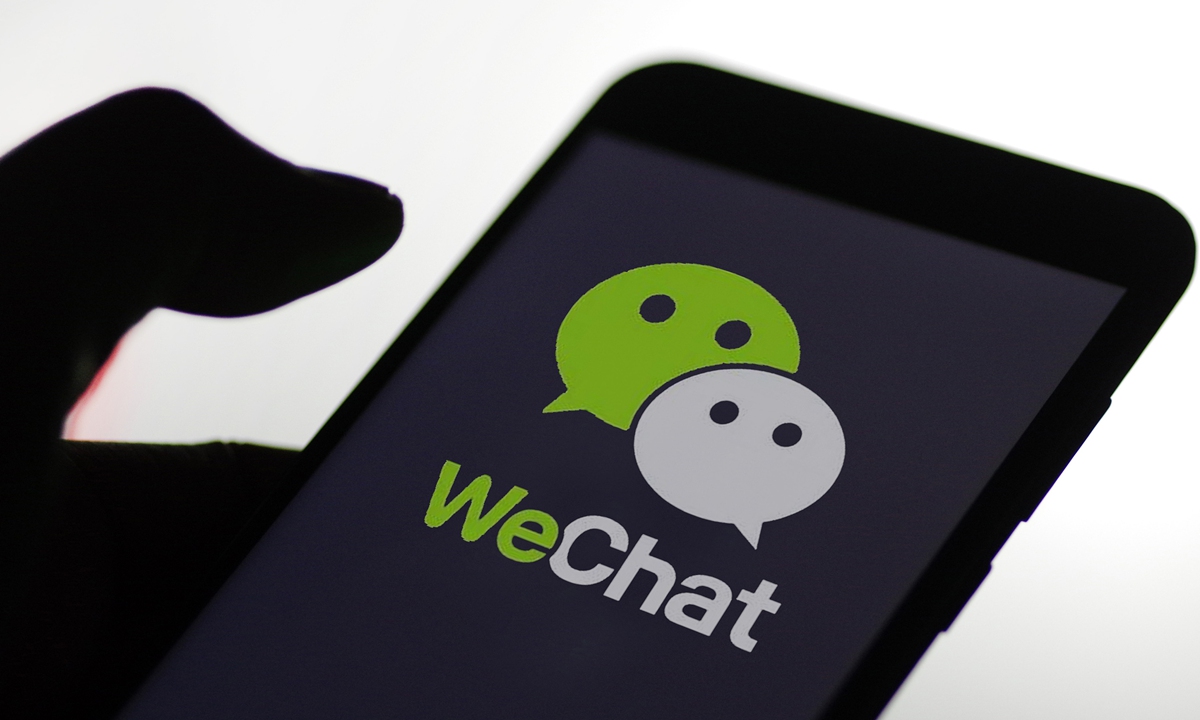 US WeChat Users Alliance (USWUA), along with one corporate and five individual plaintiffs, will file a federal action against US President Donald Trump and Secretary of Commerce Wilbur Ross in California, seeking to invalidate and delay implementation of the president's WeChat ban.

Trump's Executive Order on August 6 will ban the use of WeChat in the US by individual users, businesses and groups starting from September.

There are critical constitutional protections at stake in this case, Michael Bien, co-counsel for USWUA, said in a press release sent to the Global Times on Saturday. Chinese Americans use and every day depend on WeChat as a critical mode of communication, personally and professionally, said Bien.

"Trump's potential ban of WeChat raises important Constitutional issues not only for my clients, but for all Americans. What would be the reaction if the President banned, shut down or criminalized the use of Zoom, Messenger, Facebook, YouTube, Twitter or Instagram by invoking a vague and undefined 'national security' problem since they also collect and analyze user data?" said Bien.

The USWUA argues the unprecedented and overreaching executive order violates the First Amendment, the Equal Protection Clause, and the Due Process Clause of the US Constitution, as well as the Religious Freedom Restoration Act.

The complaint also alleges that Trump has exceeded his authority because the International Emergency Economic Powers Act does not allow the president to prohibit any communication, directly or indirectly. The executive order aims precisely at severing communications of millions of people in this country, the organization said.

"WeChat is used widely by millions of Chinese Americans to talk to families and friends, to discuss and engage in political activities in the US, to organize and participate in charitable, religious and cultural programs, and to develop and communicate with business clients across the world," it said, noting that these communications on WeChat have no bearing on national security concerns as claimed by Trump.

The executive order will take effect on September 20, leaving WeChat users in the US only 30 days to use the app legally. The threat of civil sanctions of $250,000 and criminal sanctions of $1 million and 20 years in prison for violating the executive order have already frightened, disrupted and imposed costs on the plaintiffs and all WeChat users in the US, said the USWUA.

Given the imminent harm posed by the executive order, plaintiffs are seeking an injunction to delay and suspend the order's enforcement pending a final determination of its lawfulness, said the organization, noting that issues associated with WeChat can be resolved without a total ban.