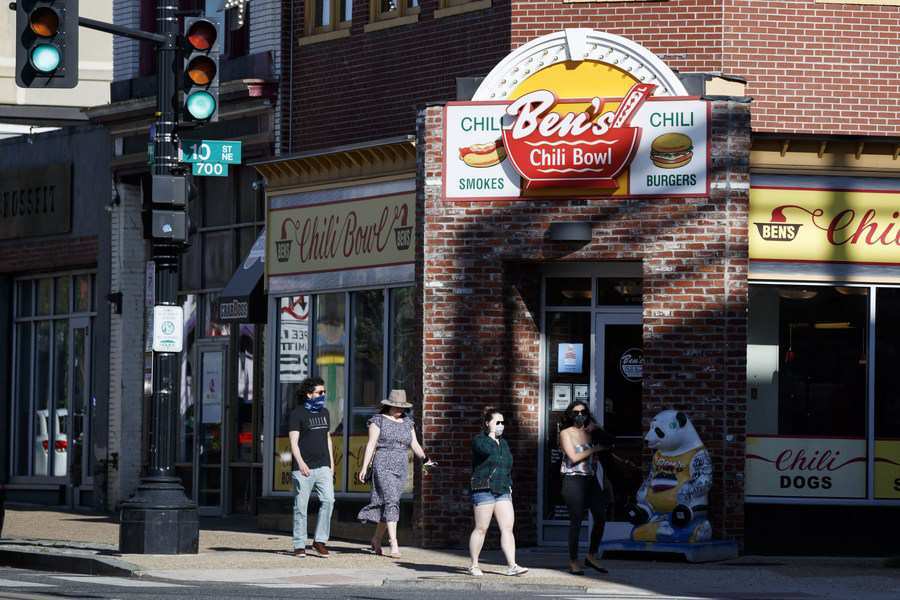 Pedestrians walk by a restaurant in Washington D.C., the United States, May 5, 2021. (Photo by Ting Shen/Xinhua)

WASHINGTON, May 6 (Xinhua) -- Initial jobless claims in the United States dropped to 498,000, a new low since the COVID-19 pandemic ravaged the labor market early last year, the Labor Department reported on Thursday.

In the week ending May 1, the number of Americans filing for unemployment benefits decreased by 92,000 from the previous week's upwardly revised level of 590,000, according to a report released by the department's Bureau of Labor Statistics.

The latest report also showed that the number of people continuing to collect regular state unemployment benefits in the week ending April 24 increased by 37,000 to reach 3.69 million.

Meanwhile, the total number of people claiming benefits in all programs -- state and federal combined -- for the week ending April 17 decreased by 404,509 to 16.16 million, as the country continues to grapple with the fallout of the pandemic.

After that, the number, though among record highs, has been declining overall, but the trend was reversed multiple times amid a resurgence of COVID-19.