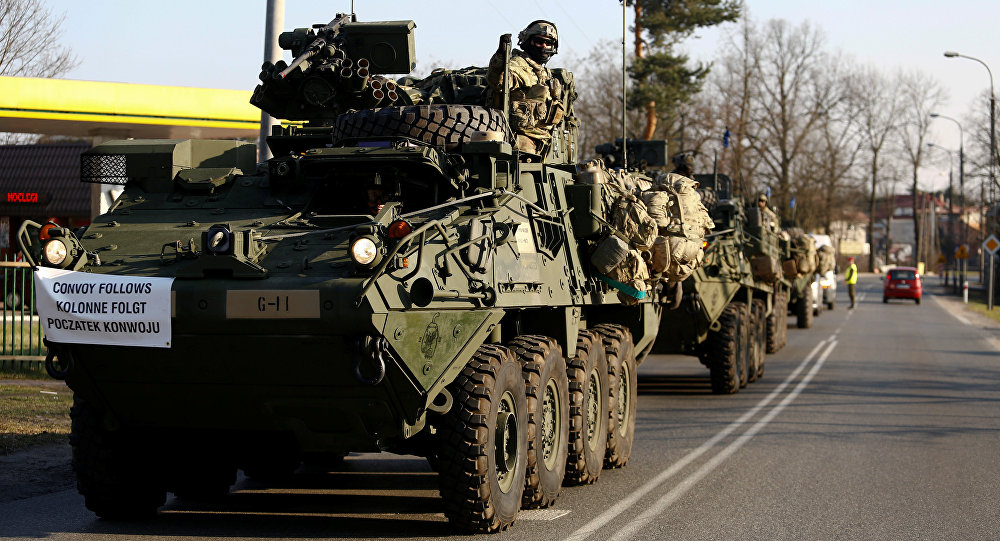 The Pentagon is evaluating the costs of transferring or withdrawing troops from Germany, where the United States has its biggest contingent outside the country, The Washington Post reported Friday.

Among the options under consideration are repatriating a large contingent of the approximately 35,000 active duty troops, or a full or partial move of the military personnel from Germany to Poland, according to the Post.

Citing anonymous sources, the newspaper stressed that the study was only an internal examination of options at this stage.

"The Pentagon regularly reviews force posture and performs cost-benefit analyses," he said in a statement.

"This is nothing new. Germany is host to the largest US force presence in Europe -- we remain deeply rooted in the common values and strong relationships between our countries. We remain fully committed to our NATO ally and the NATO alliance."

The US president is due to attend the transatlantic group's summit in Brussels on July 11-12, when he is sure to pressure allies to spend at least two percent of their GDP on defense, in accordance with a target NATO members agreed to reach by 2024.

Germany, which has had tense ties with the US in recent months, has already indicated it will be unable to meet that goal. Poland, however, has met the target.

Trump insists that Washington is shouldering too much of the group's financial burden.

US troops have been stationed in Germany since World War II, and the presence there serves as a base for US operations in Africa and the Middle East.

Top photo: a convoy of US troops, a part of NATO's reinforcement of its eastern flank, who are on their way from Germany to Orzysz in northeast Poland, drive through Sulejowek towards a military base in Wesola, near Warsaw, March 28, 2017. (Photo: Reuters)