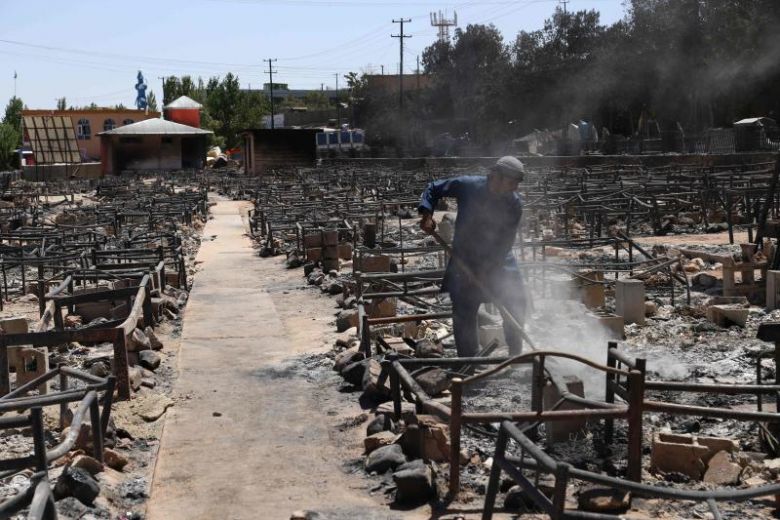 WASHINGTON, Aug. 19 (Xinhua) -- US Secretary of State Mike Pompeo said here on Sunday that the United States welcomes the announcement by the Afghan government of a ceasefire, and urged the Taliban forces to participate.

In a statement, Pompeo said "the United States welcomes the announcement by the Afghan government of a ceasefire conditioned on Taliban participation."

"The United States and our international partners support this initiative by the Afghan people and the Afghan government, and we call on the Taliban to participate," said the US top diplomat. "The United States supports President Ghani's offer for comprehensive negotiations on a mutually agreed agenda."

Pompeo noted that Washington remains ready to "support, facilitate, and participate" in direct negotiations between the Afghan government and the Taliban.

"There are no obstacles to talks. It is time for peace," he said.

Afghan President Ashraf Ghani earlier on Sunday announced a conditional three-month ceasefire with the Taliban starting on Monday, calling on Taliban leadership to welcome the wishes of Afghans for a long lasting and real peace.

The Taliban group, which has repeatedly rejected an offer for peace talks with the Afghan government, has yet to react to Ghani's offer for ceasefire.

In June, the Afghan government announced a 17-day ceasefire to encourage the Taliban group to support the national reconciliation process.

Reciprocating the government step, the Taliban announced a three-day truce during Eid-ul-Fitr which marked end of fasting month.