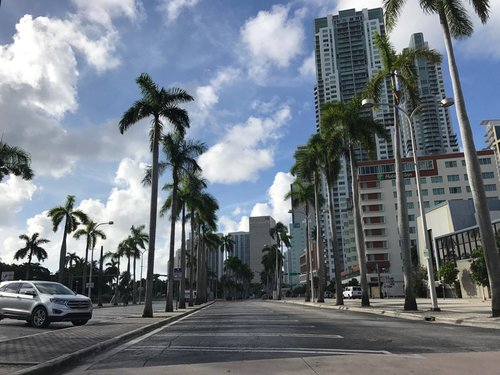 The US Justice Department and West Palm Beach agreed on Tuesday to settle a lawsuit over whether the Florida city was promoting “sanctuary city” policies to protect illegal immigrants from deportation, the department announced.

Under the deal, West Palm Beach agreed to tell all city employees via a memo that they are permitted to share information such as citizenship status with the Department of Homeland Security during the course of their job.

West Palm Beach sued the US government in February, after the Justice Department sent the city a letter demanding it hand over documents to prove it was complying with a federal law that requires municipalities to share information with immigration officials about inmates housed in local jails.

In the lawsuit, the city asked a judge to declare that it was following the law.

Under the settlement, the Justice Department will certify that West Palm Beach is complying with the law.

The issue of illegal immigrants has become increasingly heated since Donald Trump became president last year and signaled that he planned to target a wider swath of people for deportation.

US Attorney General Jeff Sessions has made combating illegal immigration one of his top priorities since taking over the Justice Department in February 2017.

A key part of his effort involves a crackdown on primarily Democrat-governed cities and states that Sessions claims are “sanctuaries” that protect illegal immigrants from deportation.

The Justice Department has tried to block cities with sanctuary policies from receiving federal grant funding, leading to legal battles across the country.

In one Chicago case, a federal judge issued a nationwide injunction barring the Justice Department from blocking grant money used to help local police combat violent crime. That case is currently on appeal.

West Palm Beach is one of 23 cities and states - including New York, Los Angeles and Chicago - that received letters from the Justice Department in January demanding documentary proof of compliance with the law.

The Justice Department threatened to issue subpoenas if the requested documents were not turned over.