From Salt Lake City of Utah to Southern California city San Diego, hundreds of hoax bomb threats have been reported in western states of the United States on Thursday. 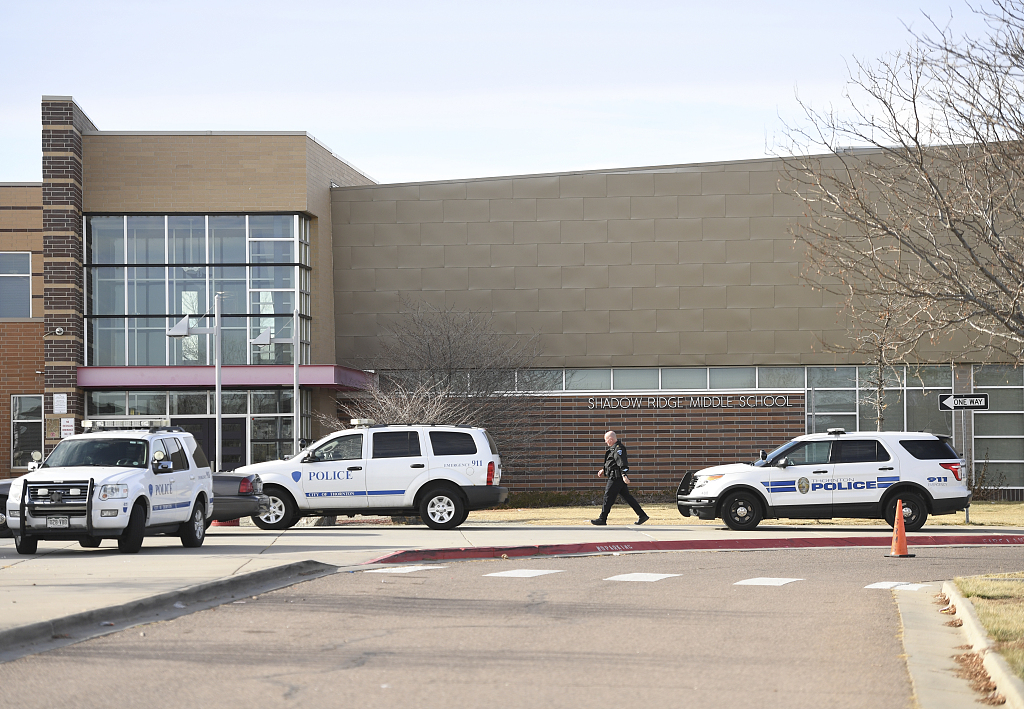 A Thornton Police officer heads into Shadow Ridge Middle School after it was evacuated due to a bomb threat 8 in Thornton, Colorado, on December 10, 2018. (Photo: VCG)

The San Diego County Sheriff's Department said it received the first call at 10:21 am (1821 GMT), which is one of the multiple calls from private businesses reporting bomb threats in communities across the county, but found it was a hoax.

"At this point, these are threats and there are no reports of explosives being detonated related to these e-mail threats," Karen Stubkjaer, spokeswomen of the sheriff's office, told local NBC 7 news channel.
In Las Vegas of Nevada state, the Las Vegas Metropolis Police Department (LVMPD) issued a statement Thursday noon, saying multiple bomb threats were investigated and no devices had been located.
"Multiple businesses throughout LVMPD's jurisdiction have received an email bomb threat, similar to those reported nationally," the statement said.
Threatening emails were sent to various locations in cities of Utah, including Park City, Salt Lake City, Provo and Price.
Like others reported across the nation Thursday, these threats claimed that someone has planted a bomb inside the recipient's building and demanded the transfer of $20,000 in Bitcoin or the alleged bombs would be detonated at the end of the workday.
The threats have caused at least two buildings in the state to be evacuated.
"There have been approximately 50 of these in Utah, with at least one occurring in Price," the Price Police Department said in a statement posted at 12:45 pm (1945 GMT).
Local Daily Herald newspaper reported that the emails were sent from different email addresses and listed different Bitcoin addresses. The traced IP addresses were determined to be from around Moscow, Russia, it said.