NEW YORK, June 17 (Xinhua) -- Since 1950, the income gap between white and Black people has not only never narrowed but widened after the 1980s, reported National Public Radio (NPR) on Tuesday. 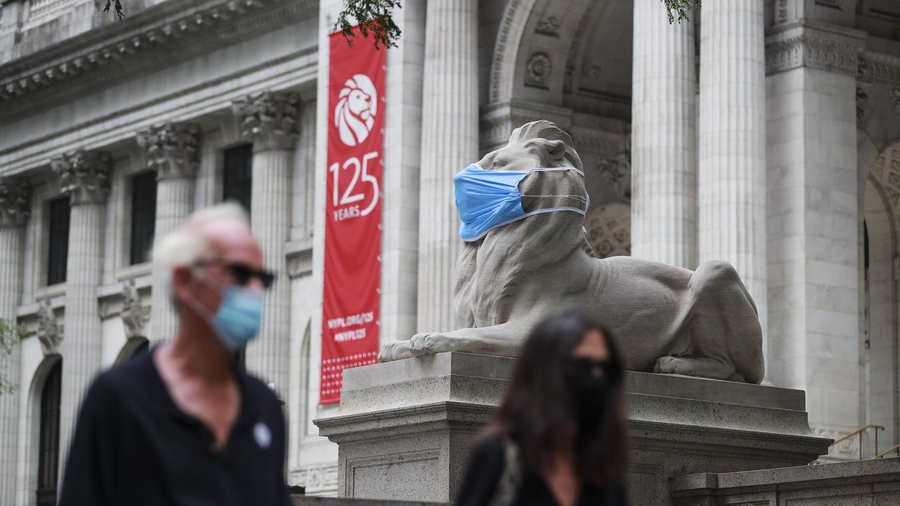 A marble lion is seen with a face mask in front of the New York Pubulic Library on the Fifth Avenue in New York, the United States, July 8, 2020. (Photo: Xinhua)

Citing a new study, the report said the white-to-Black wealth now stands at an astonishing ratio of 6 to 1.