WORLD US will get 'strategic overdraft' to confront China, Russia at the same time

US will get 'strategic overdraft' to confront China, Russia at the same time 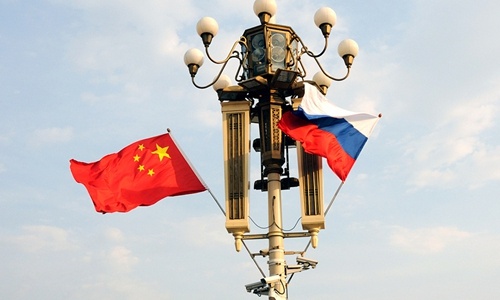 Two days after an extremely intense but impressive dialogue with the US in Alaska, China will welcome its close and powerful strategic partner Russia at home to share information and strengthen cooperation as Chinese experts said the Biden administration is pushing the two nuclear-armed major powers to stand closer which will make the US have to face a "strategic overdraft."

Chinese experts said inviting Russia to visit China just after the Alaska meeting shows that strategic mutual trust between Beijing and Moscow is very high. As Russia-US ties are becoming tense after Russia recently recalled its ambassador to the US, Russia needs to coordinate with China on how to deal with the US as well as regional hot spot issues like the Iran nuclear deal, the Korean Peninsula nuclear issue, the Afghanistan peace process and Syria.

At the invitation of Chinese State Councilor and Foreign Minister Wang Yi, Minister of Foreign Affairs of the Russian Federation Lavrov Sergey Viktorovich will pay a visit to China from Monday to Tuesday, according to the Chinese Foreign Ministry.

When Chinese and Russian foreign ministers have their meeting, US Secretary of State Antony Blinken will travel to Brussels, Belgium, from Monday to Thursday to attend a meeting of NATO foreign ministers and engage with EU leaders, according to the US Department of State.

During the trip, Blinken will consult with EU officials to see how they can "work together on the basis of our shared values to address global challenges that come from Iran, Russia, and China."

Some observers are concerned that this could increase the danger of a new Cold War while the US teams up with the EU and China stands with Russia, but Chinese analysts said that globalization makes a new Cold War very unlikely, but great power competition is unavoidable. The US will make a serious mistake if it chooses to confront China and Russia at the same time.

Li Haidong, a professor at the Institute of International Relations at China Foreign Affairs University, said it is too early to say a new Cold War has arrived. However, it cannot be ruled out and the possibility is increasing due to the wrong and dangerous foreign policy of the US.

"The US wants a new Cold War to crack down on its competitors China and Russia, and its diplomatic policy with other major powers always focuses on confrontation, but China and Russia want ties between major powers to be cooperative and be more inclusive. We hope the US is aware of how dangerous it could be if it continues its wrong policy," Li said.

In the past, some US strategists suggested that Washington should get Moscow to confront Beijing together.

But it seems as if the Biden administration has abandoned any such attempt and seeks to confront China and Russia together, Chinese analysts said, noting that such an adjustment is just another mistake, and the correct way is to reset the problematic policies on China and Russia to focus on cooperation rather than competition.

"That strategy worked in the past because the partnership between China and the Soviet Union was not equal, so if there was conflict, the US could exploit that. But today, China and Russia treat each other equally," Yang Jin, an expert at the Institute of Russian, Eastern European and Central Asian Studies at the Chinese Academy of Social Sciences, told the Global Times on Sunday.

The China-Russia partnership is complementary, and especially after the pandemic, they need to help each other to boost economic recovery, Yang said, adding that they are facing a common threat from the US, so there is no chance the US can split them.

The US is making the same mistake as the Soviet Union in the Cold War when it refused to treat China equally. The Soviet Union tried to confront China and the US at the same time, causing it to fail and eventually collapse. Today China is becoming more powerful, and Russia's power remains significant, so the Biden administration could face a "strategic overdraft," Yang said.

Chinese Foreign Minister Wang Yi said at a press conference earlier this month that China and Russia will continue to cooperate in fighting against color revolutions and disinformation and safeguarding political security together in 2021.

"Fighting color revolutions is an important task for China and Russia to not just protect themselves but also safeguard regional peace and stability. The two countries could cooperate on intelligence sharing, joint operations against Western illegal NGOs that would create disinformation to hype instability, cybersecurity and so on," Yang noted.

Lavrov and other Russian delegates will become the first senior foreign delegation to visit China in 2021, and apart from discussing their joint operations to deal with the US, they will also discuss how to improve bilateral ties in the fields of trade, investment, science and technology and military and security, experts said.

"This year is of milestone significance in the China-Russia relationship as it marks the 20th anniversary of the Treaty of Good-neighborliness and Friendly Cooperation between China and Russia. In this context, it is important for the two sides to step up communication to lay the foundation for the growth of the bilateral ties this year," Chinese Foreign Ministry spokesperson Zhao Lijian said on Thursday's press conference.