WORLD US withdrawal could slow down amid Taliban threat

US withdrawal could slow down amid Taliban threat 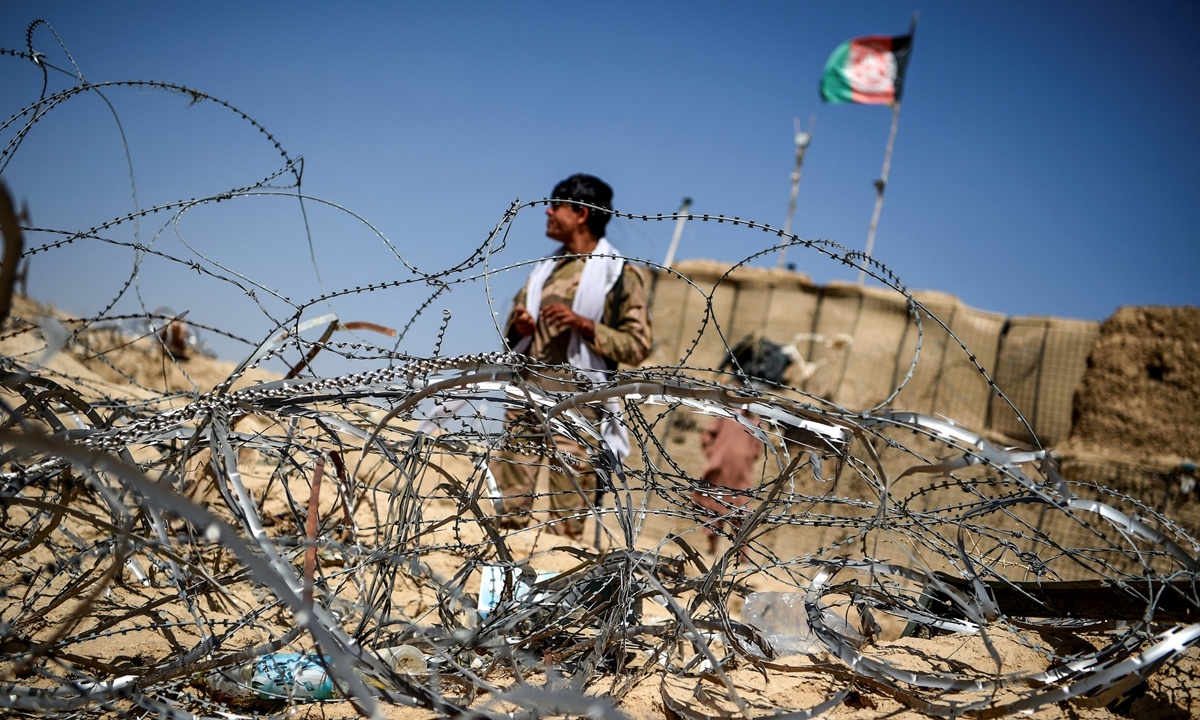 In this photo taken on September 27, 2020, a policeman keeps watch outside an outpost set up against Taliban fighters at Aziz Abad village in Maiwand district of Kandahar province, Afghanistan. (Photo: AFP)

The US military's withdrawal from Afghanistan - ordered by President Joe Biden in April after nearly two decades in the country - is marching ahead despite the growing threat by Taliban rebels to seize power.

Biden set a deadline for the final drawdown of troops and civilians for September 11, 2021, the 20th anniversary of the 9/11 attack on the US by Afghanistan-based Taliban-backed Al-Qaeda. While the Pentagon says the pullout is over halfway completed, pressures are mounting to slow the operation, to help push back the Taliban advance and to evacuate thousands of Afghans who have helped US forces.

There were officially about 2,500 US troops and 16,000 civilian contractors in the country when the pullout was announced by Biden, who welcomed Afghan President Ashraf Ghani to the White House on Friday. Since then, the Pentagon has shipped home the equivalent of 763 giant C-17 cargo aircraft loaded with equipment and supplies.

Five bases used by the US, including the large air base at Kandahar, have been handed over to Afghan forces.

But the number of troops and contractors who still remain is secret, for security reasons, the Defense Department says.

Taliban insurgents meanwhile have taken advantage of the drawdown to step up attacks in the Afghan countryside, claiming dozens of districts since May and sparking fears that they could be poised to seize power in Kabul, just as they did in 1996.

"For the Taliban to continue this intensive military campaign would be a tragic course of action," Deborah Lyons, Head of the UN Assistance Mission in Afghanistan, told the UN Security Council Tuesday. She said the group is positioning itself to seize regional capitals "once foreign forces are fully withdrawn."

"All of the major trends - politics, security, the peace process, the economy, the humanitarian emergency and Covid - all of these trends are negative or stagnant," she added.

Pentagon spokesman John Kirby said the Taliban's activity could result in a slowdown of the withdrawal - while sticking to the September deadline.

Turkey is in talks to take over security of the airport, and wants financial, diplomatic and logistical support from the Americans.