WORLD US withholds $65 mn from UN agency for Palestinians

US withholds $65 mn from UN agency for Palestinians 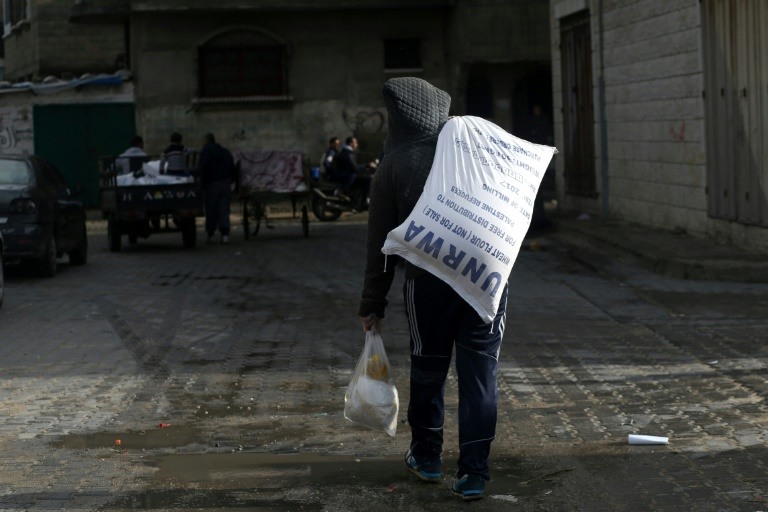 The United States sent $60 million to keep the UN relief agency for Palestinian refugees operating Tuesday but withheld a further $65 million, urging others to pay more.

A State Department official said the US had held back more than half of the voluntary payment Washington had been due to make to the UN Relief and Works Agency.

"There is a need to undertake a fundamental re-examination of UNRWA, both in the way it operates and the way it is funded," the official said on condition of anonymity.

UNRWA has provided health care, emergency aid and schooling to Palestinians in the Israeli-occupied West Bank, as well as Gaza and neighboring Arab countries, since 1950.

The United States has long been its biggest donor, with large voluntary payments topping up the budget that UN member states provide for the frontline agency.

But, those days may be coming to an end, just as President Donald Trump's administration increases pressure on the Palestinian leadership to agree to talks with Israel.

The official told AFP the decision to withhold some funds was meant to encourage more "burden-sharing" by other members.

"The United States has been UNRWA's single largest donor for decades. In years past, we contributed some 30 percent of UNRWA's total income," he said.

"Without the funds we are providing today, UNRWA operations were at risk of running out of funds and closing down.

"The funds provided by the United States will prevent that from happening for the immediate future."

UN Secretary-General Antonio Guterres said he had not been informed of Washington's decision, but was "very concerned" by reports that it was in the works.

"I strongly hope that in the end, it will be possible for the United States to maintain the funding of UNRWA," he said.

"UNRWA is not a Palestinian institution but a UN institution," he said, dubbing the agency "an important factor of stability" in the Middle East.