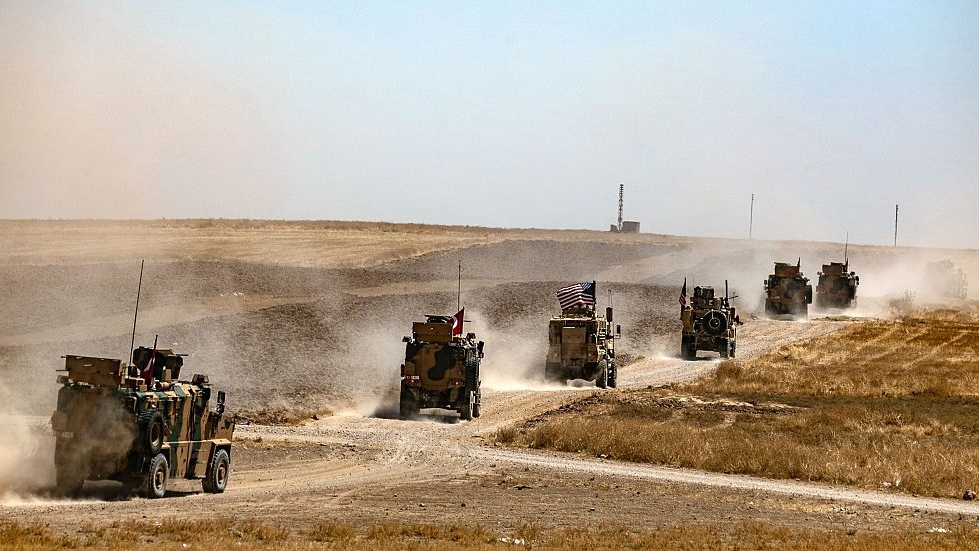 Turkish and US military vehicles take part in joint patrol with Turkish troops in the Syrian village of al-Hashisha, September 8, 2019. (Photo: VCG)

The US military will not increase troop levels in Syria to carry out joint patrols with Turkish forces, a top general said on Friday, adding that his goal was to eventually reduce the number of US forces in the country.

Around 1,000 US troops in Syria have been under intense scrutiny since President Donald Trump last year ordered their complete withdrawal – only to later be convinced to leave some forces behind to ensure that ISIL militants cannot stage a comeback.

The Pentagon was reportedly preparing to send about 150 troops to conduct ground patrols with Turkish forces.

But Marine General Kenneth McKenzie, head of US Central Command, said the new mission would not require additional forces in the country.

"We're not going to increase our footprint on the ground in order to conduct those patrols," McKenzie said during a trip to Baghdad, while acknowledging that troop levels can fluctuate as forces rotate into and out of Syria.

"We're going to do patrolling with the Turks (and) we'll manage that within the current number while actively seeking opportunities to get smaller over time."

Turkey wants to clear its border of Syrian YPG militia, which it labels as a terrorist organization. But the YPG has been a main U.S. ally in the fight against ISIL in Syria, infuriating Turkey and straining ties with Washington.

As a way to address Turkish concerns, the United States has started carrying out the joint patrols with Ankara, with the first land patrol on Sunday and the fourth joint overflight of the area on Thursday.

But, at least so far, the joint patrols appear to have failed to satisfy demands from Ankara, which wants the operations to expand rapidly as far as 20 miles (32 kilometers) from its border to create a safe zone controlled by Turkish troops.