WORLD Use of prescription opioids in US remains high

Use of prescription opioids in US remains high 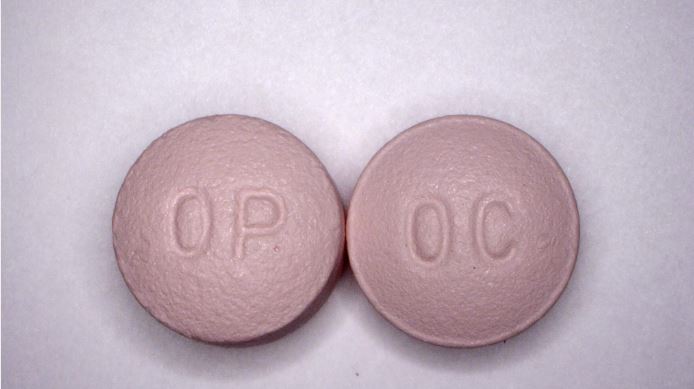 US doctors have reduced the number of prescriptions for opioid painkillers last year, continuing a five-year trend, in an effort to reverse a deadly drug abuse epidemic. (Photo: VCG)

Use of prescription opioids remains high in the US, despite public health efforts and growing awareness of the risks of abuse and overdose, a new study suggests.

Over a decade, the proportion of adults being prescribed opioid medications has changed little, but dosages have continued to rise and are unusually high among patients with permanent disability, researchers report in The BMJ.

That was surprising to study leader Molly Moore Jeffery of the Mayo Clinic in Rochester, Minnesota. “You expect to see them using more, but it was bigger than I expected,” she said.

The dosages are concerning because they were higher than the “point where you see a greater risk of overdose,” Jeffery said.

Also concerning was the number of patients with prescriptions for both opioids and benzodiazepines, because the combination can raise the risk of death, Jeffery said.

The US has the highest per capita rate of opioid use in the world – nearly double that of second-ranked Germany and seven times higher than the UK, the researchers note. On average, 40 people die in the US daily from prescription opioid overdoses, a four-fold increase since 1999, they add.

Jeffery’s team analyzed a national database of medical and pharmacy claims to examine trends in opioid use among 48 million people with health insurance between 2007 and 2016. They included working-age adults with commercial insurance, as well as Medicare beneficiaries eligible for coverage either because they were over age 65 or younger but disabled.

Like other recent studies, this one showed that opioid use and an average dose leveled off after peaking in 2012-2013. But the MME dose in all groups of patients was still higher in 2016 than it was in 2007.

“All reports are showing that opioid prescribing still occurs too frequently and (is) far higher than in the 1990s in the US,” said Dr. John Mafi of the David Geffen School of Medicine at the University of California, Los Angeles, who wasn’t involved in the study.

“This is a cause for alarm, and we need rapid and effective policy changes to decrease overprescribing and reduce opioid-related deaths. Specifically, we need to improve access and coverage of evidence-based non-opioid pain alternatives, such as topical non-steroidal anti-inflammatory medications for acute musculoskeletal pain or physical therapy for chronic low back pain.”

Still, doctors need to proceed with caution in people with chronic pain, Mafi said. Limiting opioids too strictly can put an undue burden on patients in severe pain. Changes need to allow autonomy for doctors and only target patients at the highest risk for overdose, he added.

That’s especially true for the disabled patients, many of whom suffer from multiple serious medical problems, said Dr Ajay Wasan, vice chair for pain medicine in the department of anesthesiology at the University of Pittsburgh Medical Center, who wasn’t involved in the study.

“You should not assume all opioid prescribing is bad,” Wasan said. “Those with high levels of disability because of severe musculoskeletal disorders might have severe pain. There’s a long history of pain being poorly treated in this country. The goal shouldn’t be to get back to 2007 levels. The goal should be to make sure there are good prescribing practices and appropriate monitoring.”

Moreover, the pattern of the opioid epidemic has changed, Wasan said. In the past, many people were introduced to opioids through prescription medications, but now the epidemic is “really dominated by heroin and other illegal drugs,” he noted.

Jeffery didn’t know whether rules implemented recently by insurance companies and others to reduce opioid prescriptions have had any effect. But, she said, legislation isn’t the way to go.

Noting that Medicare Advantage has floated the idea of limiting payments for higher dose prescriptions, she said, “I don’t think the answer is to either criminalize or put administrative barriers up.”