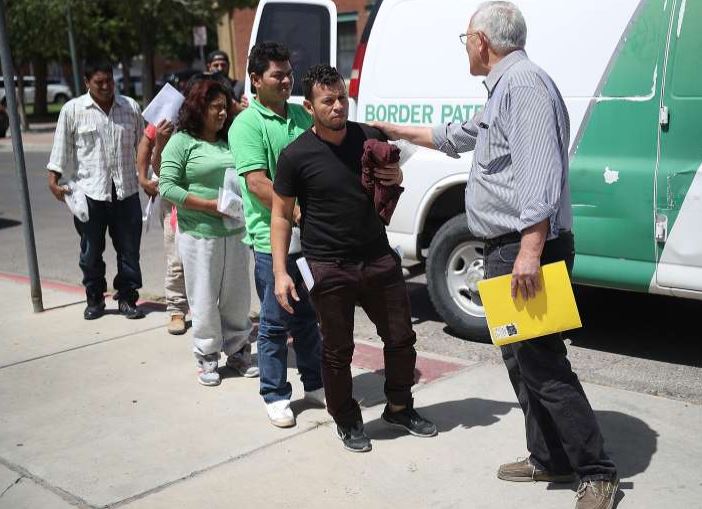 The US government has suddenly stopped force-feeding a group of men on a hunger strike inside an El Paso immigration detention center, US Immigration and Customs Enforcement said Thursday.

The dramatic reversal comes as public pressure was mounting on ICE to halt the practice, which involves feeding detainees through nasal tubes against their will. Last week, the United Nations human rights office said the force-feeding of Indian hunger strikers at the facility could violate the U.N. Convention Against Torture.

On Wednesday, a US district judge said the government had to stop force-feeding two of the detained Indian immigrants, but warned that if their health started to decline he would consider ordering force-feeding again, their attorney said. On Thursday, all force-feeding at the detention center near the El Paso airport had stopped, according to ICE spokeswoman Leticia Zamarripa.

"This is a win for us," said Louis Lopez, who is representing Malkeet Singh and Jasvir Singh in the case heard Wednesday in El Paso. Both men are Punjabi Sikhs in their early 20s. "They have a First Amendment right to protest."

Detained immigrants have sporadically staged hunger strikes around the country for years, protesting conditions they face while seeking asylum. But force-feeding, which began under court order earlier this year, has not previously been reported, and advocates involved said they weren't aware it had happened before.

In federal courtroom Wednesday in El Paso, US District Judge David Guaderrama heard from Dr. Michelle Iglesias about how men detained in the El Paso facility are restrained and have feeding tubes pushed through their noses. The judge asked specifically whether they had some other way they could protest, and sought details about the Singhs' physical condition.

"What are the physiological and psychological effects of allowing a hunger strike to continue unabated by force-feeding?" he asked.

In addition to Guaderrama, US District Judges David Briones, Philip R. Martinez and Frank Montalvo at the El Paso courthouse have issued orders for force-feeding in recent weeks.

Those orders are secret, under seal, because they contain "highly sensitive and personal medical information," Montalvo told The Associated Press in a letter declining a request to unseal the orders.

Office of the High Commissioner for Human Rights Spokeswoman Ravina Shamdasani said last week the office views force-feeding as potential "ill treatment" that would go against the convention, ratified by the United States in 1994.

The Geneva-based office's statement echoed concerns raised by 14 Democratic lawmakers who have asked ICE for more information about nine Indian men who have been force-fed through nasal tubes. The men went on hunger strike to protest their treatment, and Thursday a total of 12 men, including 9 Indian nationals and 3 Cubans, continued to refuse food. Last month, ICE began non-consensual feeding and hydration after a federal judge issued a court order allowing the practice.

"No hunger strikers housed in El Paso are currently being fed pursuant to court orders at this time," Zamarripa said. "Medical staff at the facility continue to closely monitor the health and vital signs of all the hunger strikers to ensure they continue to receive proper medical care."