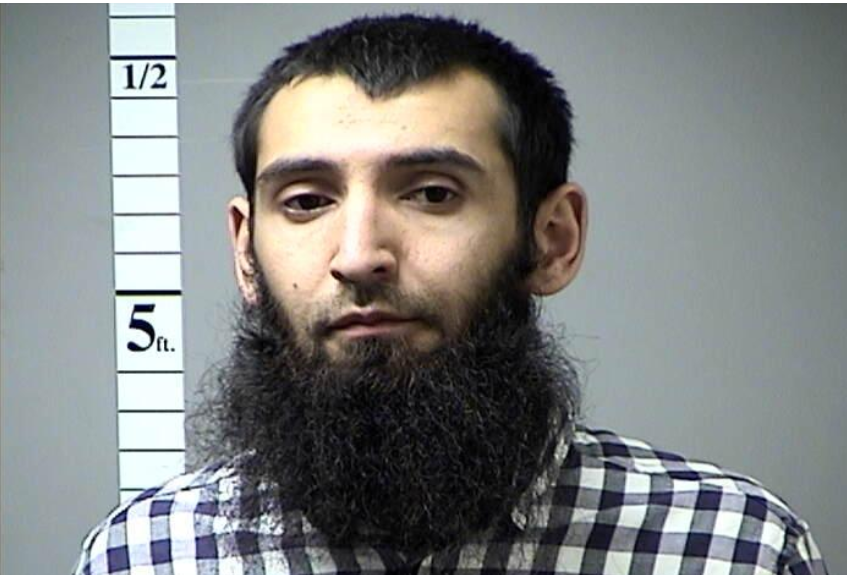 Police said they had interviewed Sayfullo Saipov, 29, who was shot and arrested by police moments after the rampage in lower Manhattan on Tuesday, in which a rental truck was driven down a riverfront bike path.

“It appears that Mr. Saipov had been planning this for a number of weeks,” New York Deputy Police Commissioner John Miller told a news conference.

“He did this in the name of ISIS (Islamic State) and along with other items recovered at the scene were some notes that indicate that,” said Miller. “He appears to have followed almost exactly the instructions that ISIS has put out on its social media channels to its followers.”

The attack was the deadliest on New York City since Sept. 11, 2001, when suicide hijackers crashed two jetliners into the World Trade Center, killing more than 2,600 people. A further 12 people were injured, some critically, in Tuesday’s attack.

Similar assaults using vehicles as weapons took place in Spain in August and in France and Germany last year.

The suspect allegedly swerved the pickup onto a path filled with pedestrians and bicyclists on a sunny autumn afternoon, mowing down people in his path before slamming into the side of a school bus.

He then exited the vehicle brandishing what turned out to be a paint-ball gun and a pellet gun before a police officer shot him in the abdomen.

The suspect underwent surgery for gunshot wounds at Bellevue Hospital, where he has been interviewed by police, Miller said.

He had rented the pickup from a Home Depot Inc hardware store which was located in Passaic, just south of Paterson.

U.S. Senator Lindsey Graham urged authorities to treat Saipov as an enemy combatant, a move that would allow investigators to question the man without him having a lawyer present.

New York Governor Andrew Cuomo said that Saipov had been radicalized while living in the United States.

“He is a depraved coward, is what he is, and he was associated with ISIS, and he was radicalized domestically,” Cuomo said in an interview with CNN.

The majority of the 18 Islamic State-inspired attacks carried out in the United States since September 2014 were the work of attackers who developed radical views while living in the United States, said Alexander Meleagrou-Hitchens, research director at George Washington University’s Program on Extremism.

Six victims were pronounced dead at the scene and two more at a nearby hospital, Police Commissioner James O‘Neill said.

Five of the dead were Argentine tourists, visiting New York as part of a group of friends celebrating the 30th anniversary of their high school graduation, the government there said.

New York City Mayor Bill de Blasio said police will be out in force to protect the city’s marathon on Sunday, one of the world’s top road races, which draws some 51,000 runners from around the globe.

A U.S. law enforcement official described the suspect as a U.S. immigrant born in Uzbekistan, a predominantly Muslim country in Central Asia that was once part of the former Soviet Union. Police said he entered the United States in 2010.

Uzbekistan’s President Shavkat Mirziyoyev said his government would do all it could to help investigate the “extremely brutal” attack.

CNN and other media outlets, citing police officials, reported that the suspect shouted “Allahu Akbar” - Arabic for “God is greatest” - when he jumped out of his truck.

Although authorities from the mayor’s office to the U.S. Department of Homeland Security all swiftly branded the attack an act of terrorism, Cuomo stressed that the suspect was believed to have acted alone.