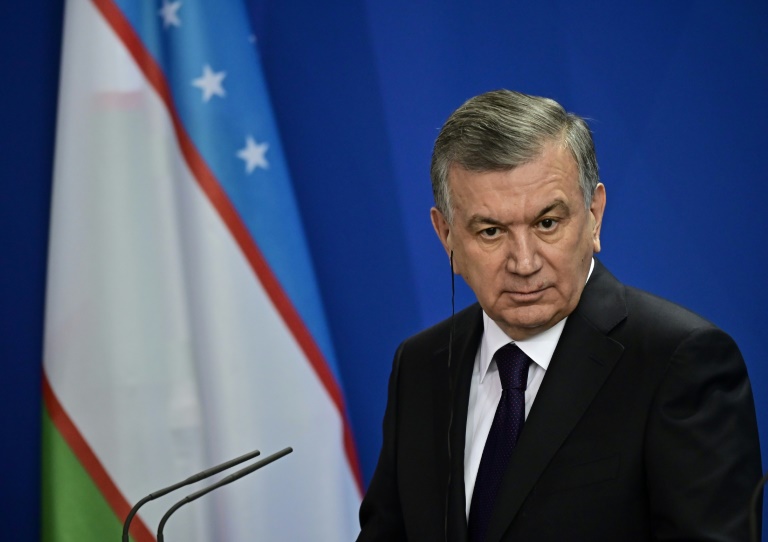 Since he took charge in 2016, President Shavkat Mirziyoyev has ushered in some reforms after years of isolation and authoritarian rule.  (Photo: AFP)

Voters in Uzbekistan cast their ballots Sunday in the first parliamentary election since a new leader ushered in an era of reform after years of isolation and authoritarian rule.

Polling stations in Central Asia's most populous country opened at 8:00 am (0300 GMT) and will close 12 hours later.

President Shavkat Mirziyoyev took charge in 2016 after the death of hardline predecessor and former patron Islam Karimov, who had ruled for almost three decades.

Mirziyoyev has been lauded for doing away with many of Karimov's authoritarian excesses, releasing some political prisoners, battling forced labour and opening up the landlocked state to tourism and foreign investment.

But choices on the ballot in the former Soviet republic are few -- all five parties competing are represented in the outgoing parliament.

Muslim-majority but staunchly secular Uzbekistan is home to 33 million people, over 20 million of whom can vote.

Britain's influential magazine The Economist this week named Uzbekistan as its country of the year, saying "no other country travelled so far" in 2019.

Yet the reform drive has so far not allowed real competition to Mirziyoyev, 62, to develop.

The president cast his vote close to midday local time at a Tashkent polling station where he arrived with his family, including daughter Saida Mirziyoyeva who holds a top government communications post.

The 150-member lower house where no party has ever achieved a commanding majority has a reputation for merely rubber-stamping government legislation.

In the capital Tashkent, residents said they wanted to see more from their elected officials and voiced concerns they would not have dared express under Karimov.

Abdusamat Yuldashev, 20, said he had cast a vote "for justice and fairness in our Uzbek society."

"I want our living standards to increase, our education to improve," Yuldashev told AFP, saying he had voted for Adolat.

Mamura Mirzakhmedova, a 69-year-old pensioner said she would not vote and said there was anger over "prices rising everywhere" as inflation follows economic reforms.

"Where were the meetings of these parties (with voters)? Where are their posters? Where should I find information?" she asked.

The central election commission said Sunday that the vote had crossed the key validation threshold after more than 33 percent of the electorate cast their ballots.

The elections are being held under the slogan "New Uzbekistan, new elections" as authorities seek to brand them as the latest example of a newfound openness.

On Sunday the websites of several human rights organisations that had been inaccessible to internet users inside the country in the run-up to the vote were back online.

But the Organization for Security and Co-operation in Europe (OSCE), which has sent an observer mission to the polls, has said many features of past votes remain in place.

"Very few campaign posters are visible," it said in a pre-election report.

"So far, very little evidence of outdoor campaign activities has been observed."

Karimov was often criticised by international watchdogs over torture and forced labour allegations.

Mirziyoyev has continued to honour Karimov publicly, but has been credited with eradicating much of the slavery in the country's cotton sector and lifting Uzbekistan out of isolation.

Luca Anceschi, a senior lecturer in Central Asian Studies at the University of Glasgow, said it was too early to say whether the vote holds any significance in the broader context of Uzbekistan's political transformation.

As to whether parliament can evolve as an institution, he said, "the jury is out".