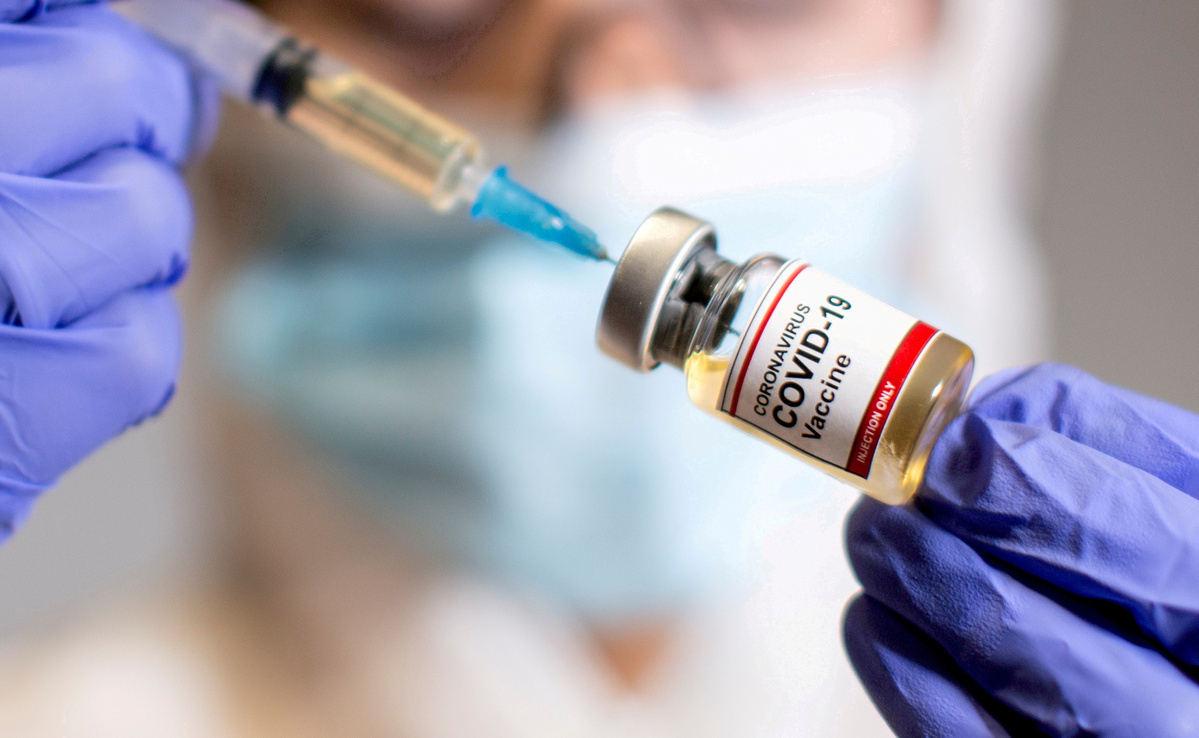 A woman holds a small bottle labeled with a "Coronavirus COVID-19 Vaccine" sticker and a medical syringe in this illustration taken October 30, 2020. (Photo: Agencies)

The European Commission authorized a COVID-19 vaccine from biotechnology company Moderna this week, in a welcome boost for the region's slow-moving inoculation campaign.

The Moderna shot is now the second vaccine to gain approval from the European Medicines Agency, or EMA, after the drug regulator gave the greenlight to a treatment from Pfizer and BioNTech last month.

"This vaccine provides us with another tool to overcome the current emergency," said Emer Cooke, who is executive director of the EMA. "It is a testament to the efforts and commitment of all involved that we have this second positive vaccine recommendation just short of a year since the pandemic was declared."

Pfizer confirmed this week that the company is in talks over supplying further doses to Europe, expanding on a current contract for 300 million doses.

EU leaders have come under fire for perceived delays in authorization and distribution of COVID-19 vaccinations. While both the United Kingdom and the United States have managed to vaccinate more than 1 percent of their populations, the best performing EU nations including Germany remain in the low hundreds of thousands in terms of coverage.

"The German government and EU Commission have been criticized for failing to order enough doses as well as the fact that the existing ones are not being distributed quickly enough," said Niall McCarthy, a data journalist at market analysts Statista. "Elsewhere, other countries are making much faster progress. In Israel, for example, around 13 percent of the population has already received the jab."

Israel has impressed with the speed at which it has inoculated well over one million of its citizens. The country cut deals early on with vaccine makers, and well-executed use of sophisticated cold-chain infrastructure supported by a digitized health care system have all helped the country become a frontrunner in terms of vaccine coverage.

The EMA recommended the approval of the Moderna shot on Wednesday, and within hours the European Commission granted a conditional marketing authorization for the treatment.

"We are providing safe and effective COVID-19 vaccines for Europeans," the Commission's president Ursula von der Leyen said on Twitter. "Europe has secured so far 2 billion doses of potential vaccines -- more than enough for protecting us all."

The 2 billion figure refers to deals cut with the makers of half a dozen vaccine candidates, some of which are yet to conclude trials or gain approval from the EMA. In December, the EU doubled its contract with Moderna to 160 million doses, and the first shipments of vaccine are expected to arrive next week.

Both the Pfizer and the Moderna shots present logistical challenges as they require ultra-cold storage. The vaccine from Oxford University and AstraZeneca is more straightforward to distribute as it can be stored at normal refrigeration temperatures.

The EMA is conducting a rolling review of the so-called Oxford vaccine, which has already gained approval for use in the UK and Mexico. The European regulator said it is awaiting further data and information on the "quality, safety and efficacy" of the Oxford treatment before it makes a final judgment, which is unlikely to come this month.