WORLD Vaccine certificates to be compulsory for venue entry in UK

Vaccine certificates to be compulsory for venue entry in UK 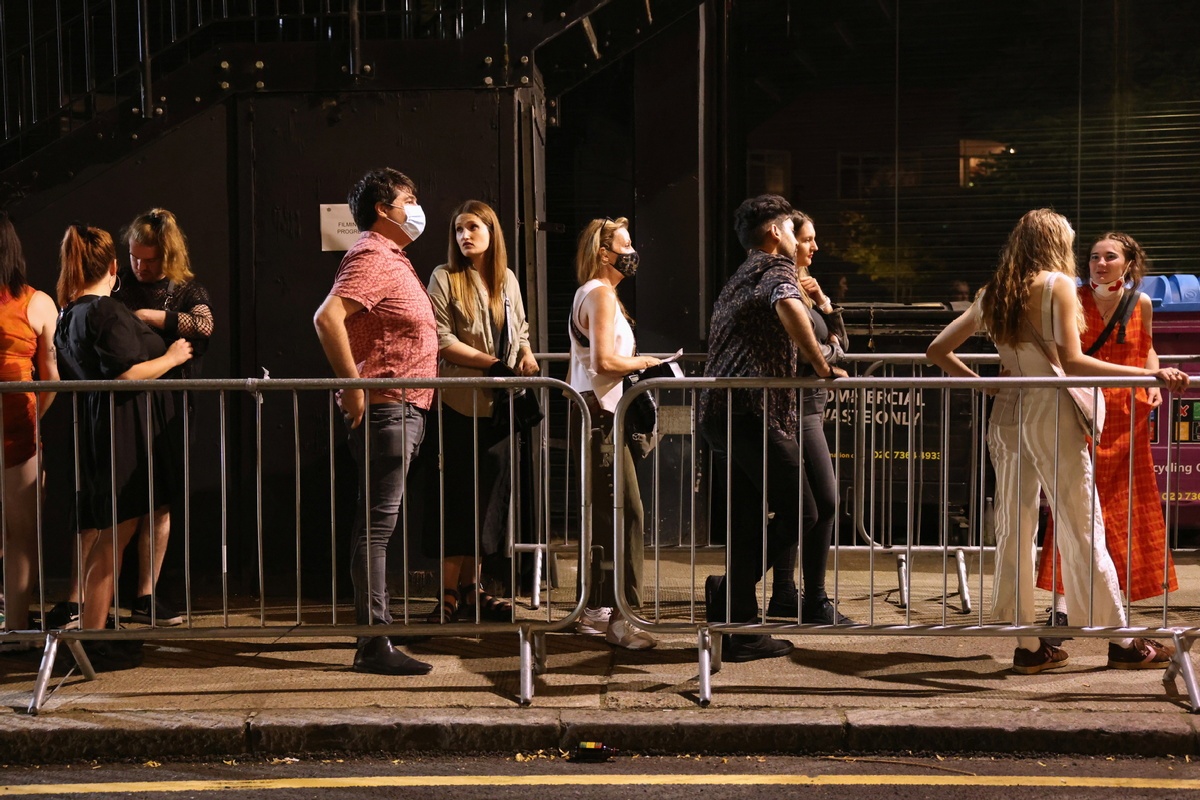 All people entering venues with large crowds in the United Kingdom, including nightclubs, will need to provide proof of double vaccination from September, in a policy move that has been heavily criticized by politicians and nightlife industry heads.

Prime Minister Boris Johnson announced the new conditions on Monday, the same day the government removed almost all COVID-19-related restrictions in England, which triggered so-called Freedom Day parties at clubs across the country.

"I should serve notice now that by the end of September, when all over-18s will have had their chance to be double-jabbed, we are planning to make full vaccination the condition of entry to nightclubs and venues where large crowds gather," Johnson said.

Last week, the government released guidelines saying it would not mandate so-called vaccine passports for large venues, though it encouraged venues to install their own system of entry requirements.

The government's about-face is thought to be related to slowing vaccine uptake among young people. Just under 62 percent of 18- to 24-year-olds have had their first dose since the government approved vaccination in younger adults in mid-June, though vaccine uptake in the age group has slowed this month, with just 265,000 young adults getting jabbed in the second week of July, compared to 416,000 in the first week, according to NHS data.

According to an Office for National Statistics survey, 9.5 percent of 18- to 25-year-olds in the UK are hesitant about getting treatment, compared to 4 percent of adults of all ages. The fact that the risk of severe disease from COVID-19 is relatively low in younger people may also play a role in lower uptake.

Johnson said that, until the new rule is in place, it would be "socially responsible" for large venues to require customers to provide proof of vaccination or a negative test result.

The Labour Party's shadow health minister, Justin Madders, said: "How can it be safe to go to nightclubs now, with no protective measures, if in September it will require double-jab status? It makes no sense."

The UK's chief scientific adviser, Patrick Vallance, said at a news conference nightclubs with no entry requirements had the potential to cause "super spreading events".

The move also received a backlash from the UK nightlife industry. Michael Kill, chief executive of the trade body Night Time Industries Association, called the government's handling of the issue a "chaotic U-turn" and "an absolute shambles".

Kill said that, rather than encouraging young adults to get vaccinated, the move was likely to drive more people to smaller venues, including pubs and bars that have no entry requirements, leaving nightclubs at a competitive disadvantage.

"Does government really think this threat will entice the vaccine wary to take the vaccine? They will just stay later in the pubs and hold their parties in their houses," Marks told Sky News.